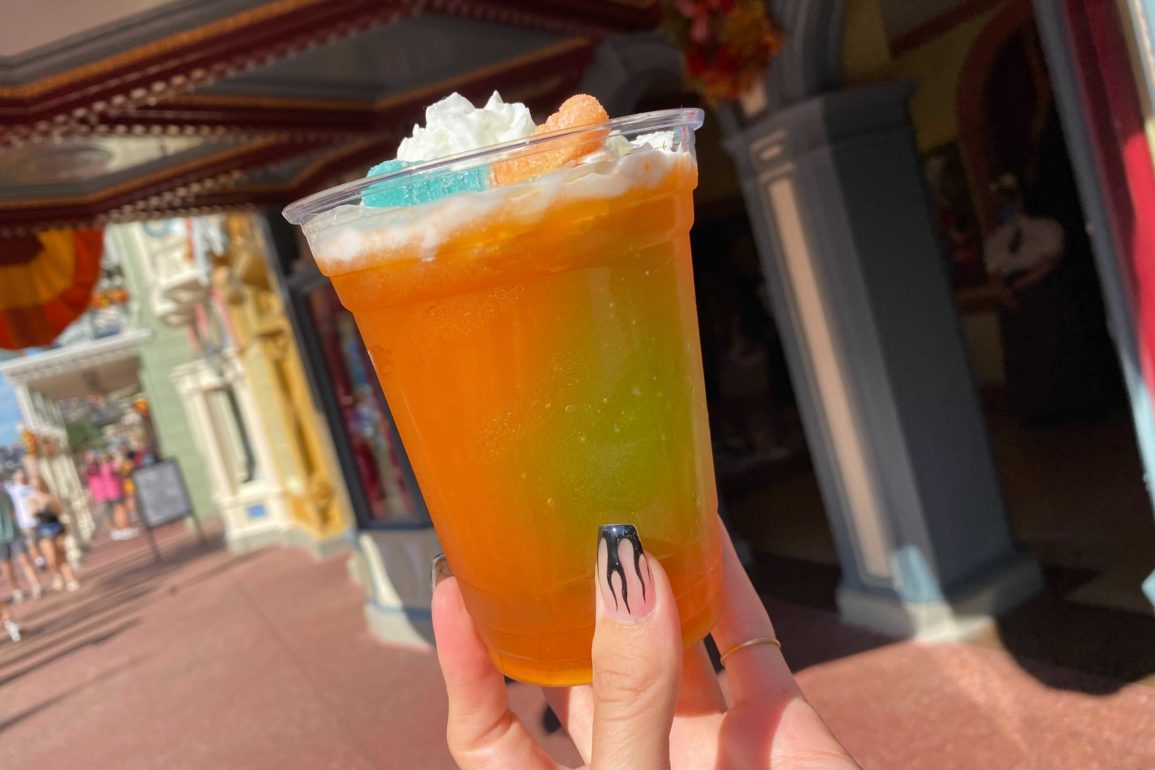 If you’ve been reading WDWNT, you’re probably well aware that Main Street Confectionery has reopened at the Magic Kingdom. And if touring the expanded shop and seeing all the new items being offered has left you thirsty, we’ve got you covered.

The confectionery’s Glacier Kitchen offers slushes with flavors that include a variety of Coca-Cola products.

A standard glacier with one flavored slush sells for $4.99, while three specialty glaciers cost $5.99 each.

Given how much the Orange Bird has played into Walt Disney World’s 50th anniversary celebrations, it was an inevitability that we’d try the frozen beverage inspired by the fan-favorite character.

Since this is Florida, the slush portion melts in a matter of seconds, so it pretty much winds up being an orange soda.

This uses Fanta Orange, but mixed with the other flavors, it reminds us of Orange Crush. The vanilla syrup gets lost in the soda, losing a key component to the flavor profile.

The Hi-C Lime gives it a nice green color, making this a photo-friendly drink, but doesn’t add much to the taste.

The whipped cream on top gave it a creamy flavor, like an orange cream soda.

Overall, a few of the elements get lost in the mix, but it’s good enough to be worth the price. The Orange Bird would be proud.