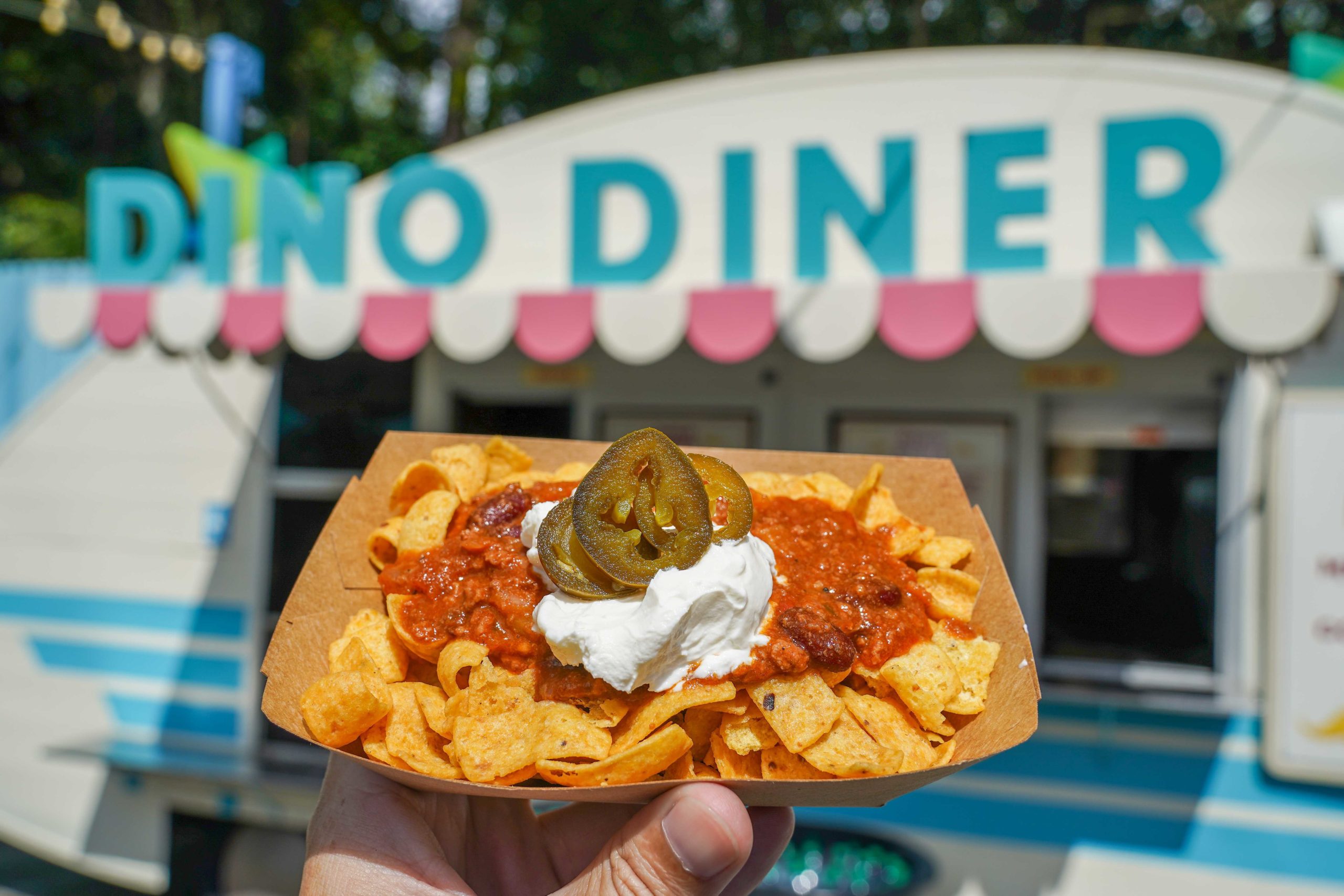 We’ve reviewed a lot of sweet treats from Disney’s Animal Kingdom for the 50th anniversary celebrations, so we decided to take a break from the sugar and try something savory instead. We set up camp outside Dino Diner for the Corn Chip Pie with Walt’s Chili.

Sorry, Walt, it’s not our favorite chili. This is a pretty basic dish consisting of Fritos, chili, sour cream, and a few jalapeño slices. As such, it serves its purpose and gives you about what you’d expect from the ingredients: a very rudimentary nacho taste. Aside from this being too salty for being outdoors in Florida, the chili has too much of a ketchup taste. Given the choice, we’d go for a dog with Walt’s chili before doing this dish again, as the style of chili pairs better with that.