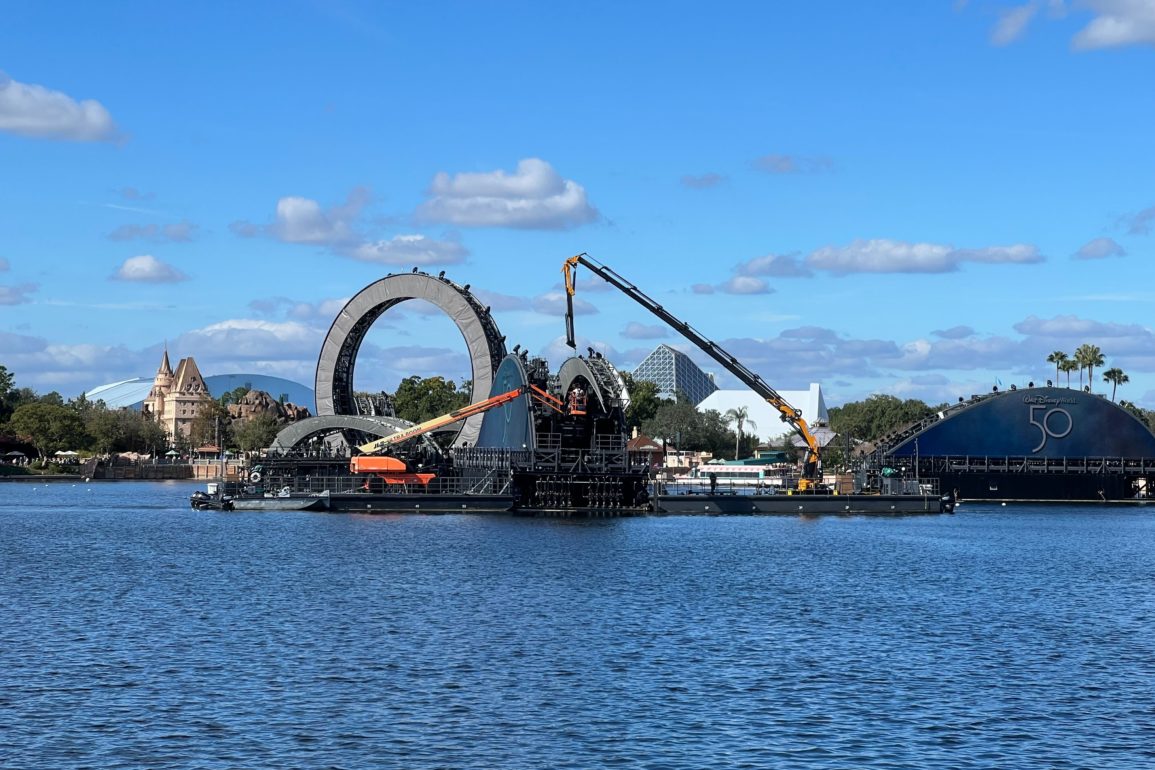 Although “Harmonious” debuted at EPCOT almost two months ago, crew members were working on one of the barges in World Showcase Lagoon today.

There were two construction vehicles to the sides of one of the taco-shaped barges. The vehicles were on barges of their own.

Crew members seemed to be working on the arm that lifts from the barge during the show. The 50th anniversary image was still playing on the barge’s screens.

Next
PHOTOS, VIDEO: Characters Dressed in Their Holiday Best at the 2021 EPCOT International Festival of the Holidays