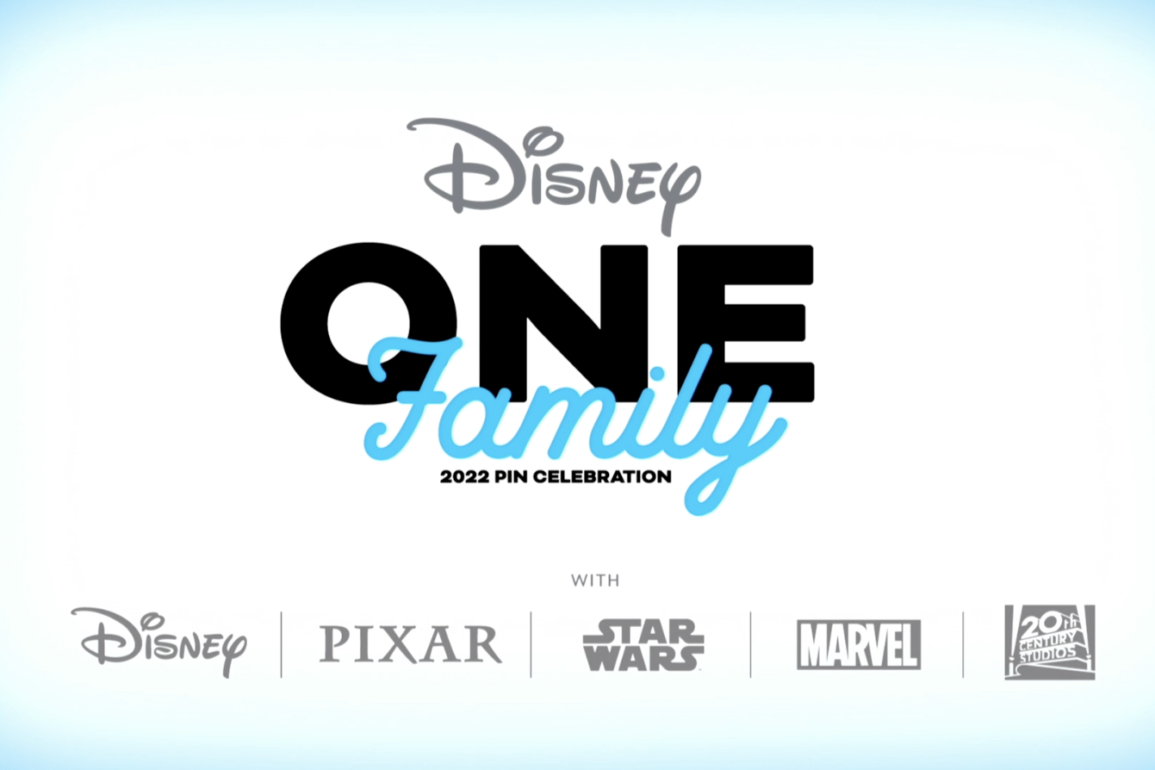 Disney has announced a Pin Celebration for 2022 entitled “One Family” during this year’s Heroes and Villains event.

The theme will focus on family memories inspired by photographs and secret family recipes. It will also focus on inclusivity, with a goal of creating “product that represents everyone.”

The event is the first to bring all the Disney brands together, including 20th Century Studios and “Avatar,” Disney, Pixar, Star Wars, and Marvel.

Three series will come to the event, which are previewed below.

Some of the previewed pins include a sliding “The Lion King” pin featuring Simba, Sarabi, and a ghost Mufasa (the slider reveals a live Mufasa to complete the family photo). Another pin shows photobooth-style pictures of Ewoks, while a third features “Oswald’s Eggs Benedict.”

Another set of four pins shows family portraits with labels in non-English languages. Mickey and Minnie will come in Braille with the characters using American Sign Language. A Star Wars pin featuring the Skywalker family has Aurebesh, while an “Avatar” pin uses Na’Vi. A “Black Panther” pin with T’Challa and Shuri has words written in Wakandan.

The final pin previewed showed Walt Disney and Mickey on a bench in front of a carousel ridden by Minnie, Goofy, Donald, and Daisy — an homage to the classic legacy of the bench where Walt Disney dreamt of Disneyland for the first time.