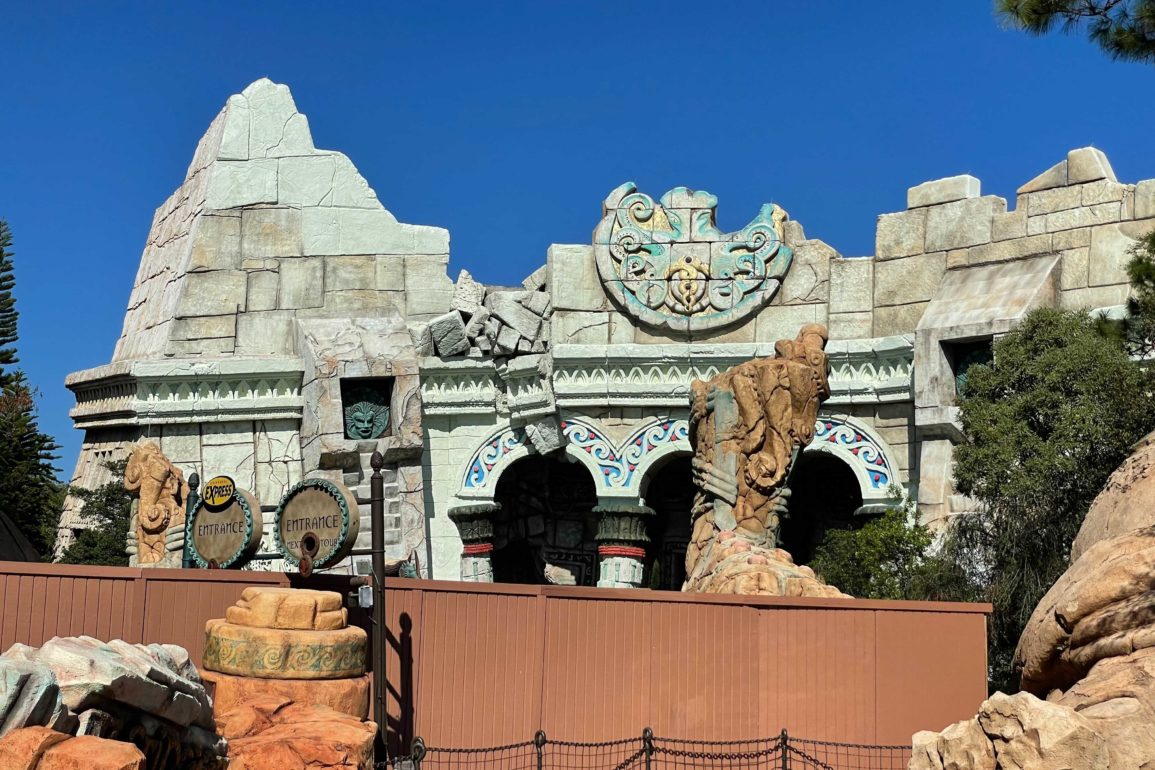 A new color scheme continues to take over the façade of Poseidon’s Fury in Universal’s Islands of Adventure.

More of the archways of the building have been painted.

The wave pattern on the archways remains a green-ish color, while the surrounding area is blue and the dots are red.

The tops of the archway columns are now all brown, sitting on red bands. The columns themselves have new green stripes.

Other elements of the façade pop out more than they did before thanks to the new paint, such as the face at the left of the above picture and the seal atop the building.

Poseidon’s Fury may reopen in February after an 18-month closure.