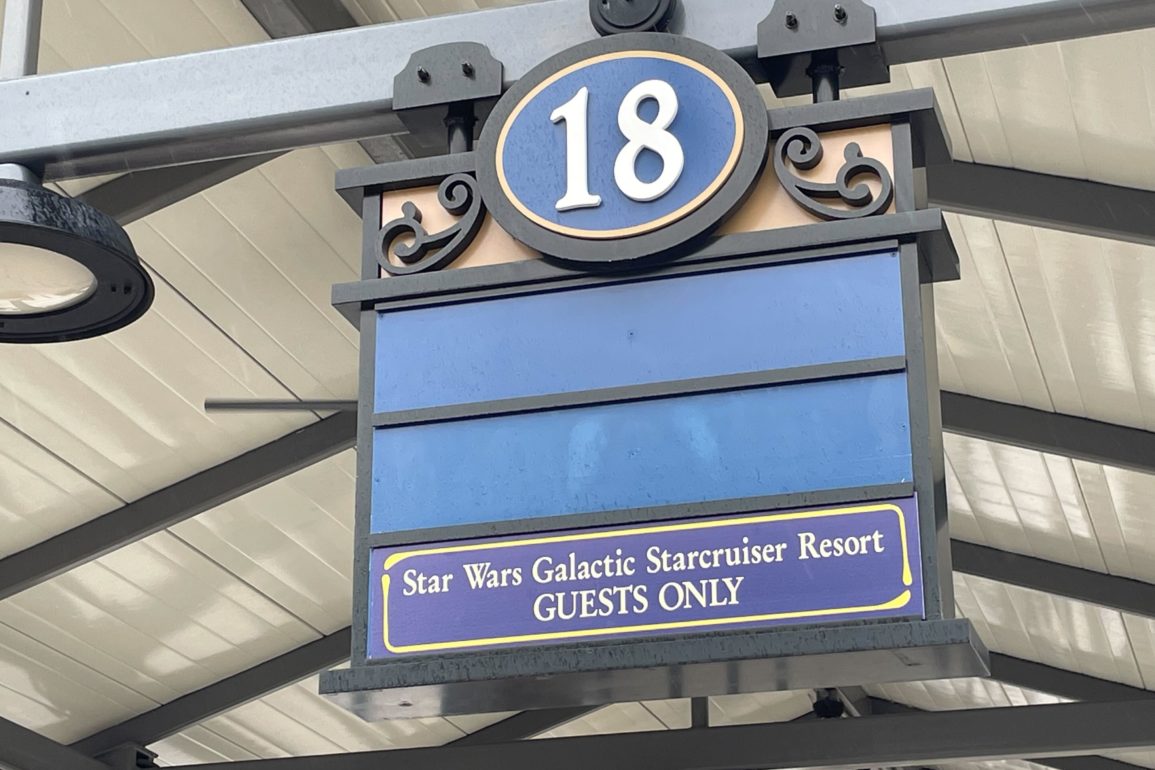 Star Wars: Galactic Starcruiser, which launches March 1, has been added to the bus directory at Disney Springs.

The “Star Wars” hotel was listed at number 18, so we went to that stop to check it out.

The sign at stop 18 says “Star Wars: Galactic Starcruiser Resort GUESTS ONLY.” It seems this may indicate that guests looking to get from a park or resort to the Starcruiser will need to transfer at Disney Springs.

Bus drivers may have been training on the Starcruiser route, as we spotted this “Toy Story” bus with “Galactic Starcruiser” on its ticker sign.

There will be special themed bus transportation from Galactic Starcruiser to Star Wars: Galaxy’s Edge at Disney’s Hollywood Studios, but regular buses may be used for guests to get to and from other destinations.

Next
VIDEO: Guests Fight in Front of Cinderella Castle at Magic Kingdom