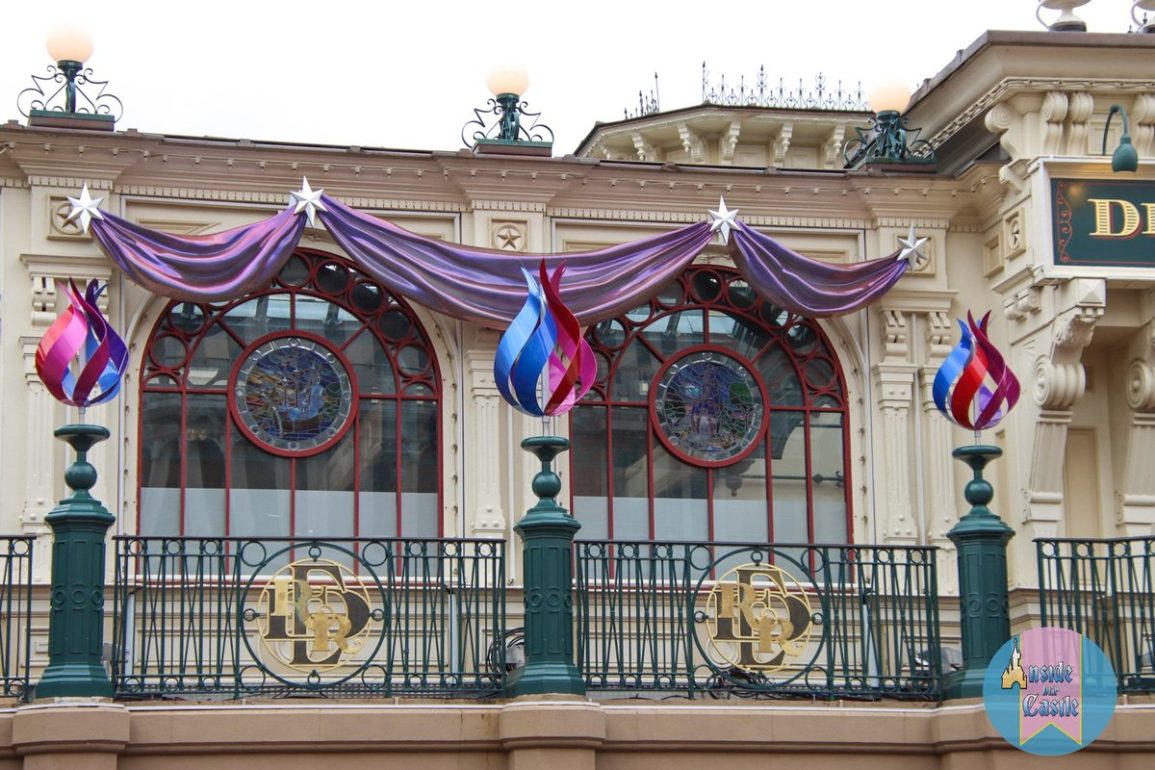 Main Street, U.S.A. at Disneyland Paris has been decked out for its upcoming 30th anniversary. InsideDlpCastle shared photos of the new decorations on Twitter.

Pink and blue swirling pieces have been installed on the Main Street train station.

These metal decorations are a similar style to the upcoming “Gardens of Wonder” statues.

Behind these pieces, purple drapery pinned by silver stars hangs above the station windows.

Further down Main Street, lampposts have been decorated with 30th anniversary medallions.

The medallions feature the Mickey-shaped 30th anniversary logo in the center. Gold petal shapes stick out from behind the medallion.

The medallions are in varying colors. The gold petals all have decorative cut-outs.

The medallions are installed on both sides of the lampposts.

Check out more about the Disneyland Paris 30th anniversary celebration, which kicks off on March 6 ahead of the actual anniversary on April 12: