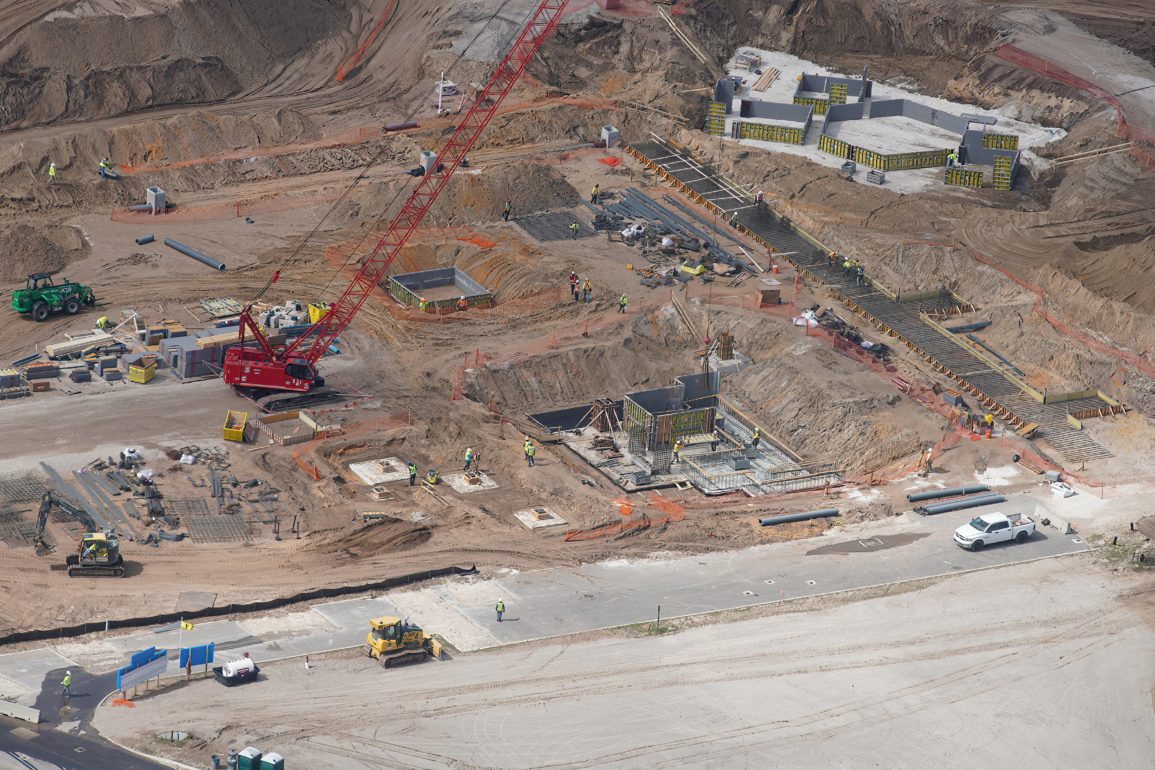 Since our last update, construction at Universal Orlando’s newest them park, Epic Universe, is moving along. Thanks to new aerial photos from @Bioreconstruct on Twitter, we can take a look at the current progress.

Here is an aerial overview of the Epic Universe construction site.

Here is an aerial look at one of the staging areas for Epic Universe. It is believed that these blue tarps are covering track for the upcoming attraction, Yoshi’s Adventure.

Here is a look at another staging area for electrical for Epic Universe.

Here is an aerial overview of Super Nintendo World.

You can see more concrete work is in progress. A large red crane is raising a wall.

At the top right, you can see more concrete is placed in square and hexagon shapes.

Above is most likely the foundation for a show building in Super Nintendo World.

Here is a different angle of those concrete shapes we mentioned earlier. A yellow crane is actively at work. And a yellow excavator is actively working on a dirt pile to the left.

Here is another look at a portion of Epic Universe. A new hotel is to be built in the center. The circle in the dirt in front of the hotel will be a fountain.

Here is a look at what is believed to be the construction of Universal Monsters Land.

Here is another aerial view of Epic Universe, looking in the southern direction.

And here is a look at the roads currently under construction at Epic Universe. Guest parking will be at the center.

Epic Universe at Universal Orlando Resort is expected to open by summer of 2025.

Previous
Everything New Coming to Disney+ In March 2022

Next
Interactive Features Installed on Fab 50 Character Statues at EPCOT