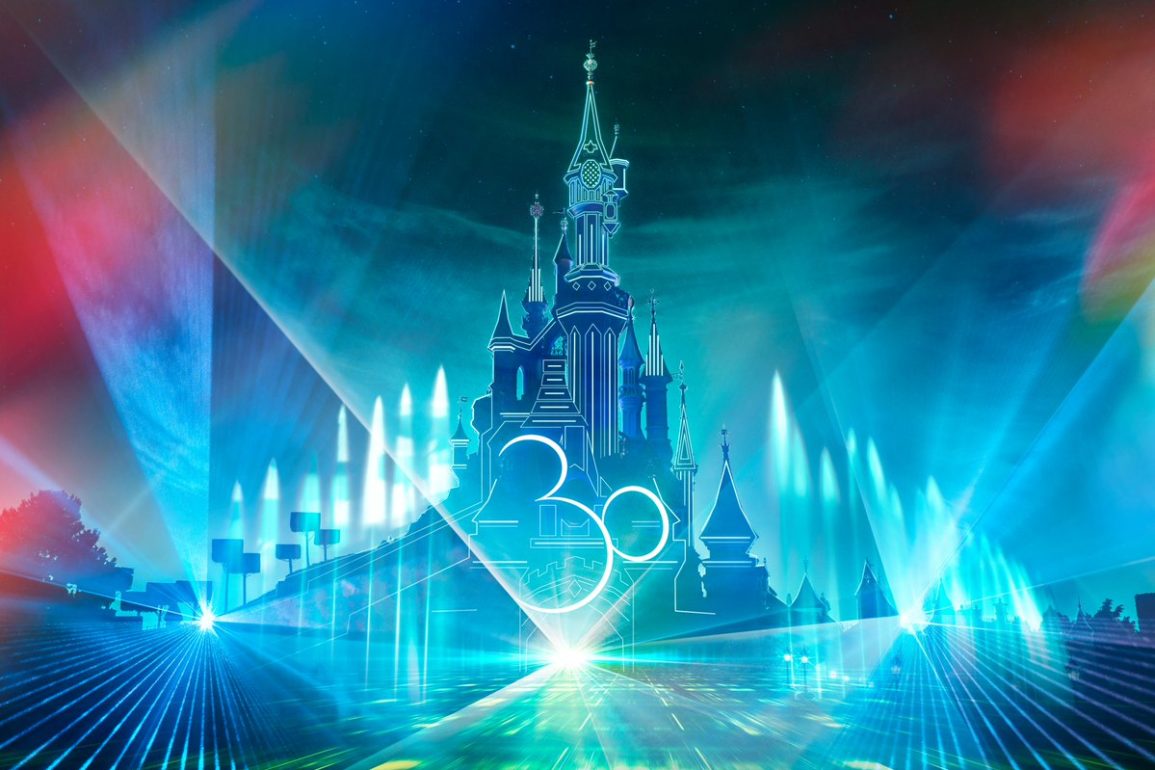 We’re less than a month away from the start of 30th anniversary celebrations at Disneyland Paris. Today Disneyland Paris revealed new concept art for “Disney D-Light,” which will take place on Sleeping Beauty Castle every evening from March 6.

With “Disney D-Light,” a “sequence of state-of-the-art magic will illuminate Sleeping Beauty Castle as an introduction to Disney Illuminations.” The concept art shows Sleeping Beauty Castle light up with neon lines of light, with the 30th anniversary logo in the center and fountains going off in front of it.

During a showcase featuring merchandise and more, Disneyland Paris characters and Cast also performed the resort’s full new theme song, “Un Monde qui s’Illumine,” which will be used throughout the celebration. Cave 0fWonders on Twitter shared a video of the performance.