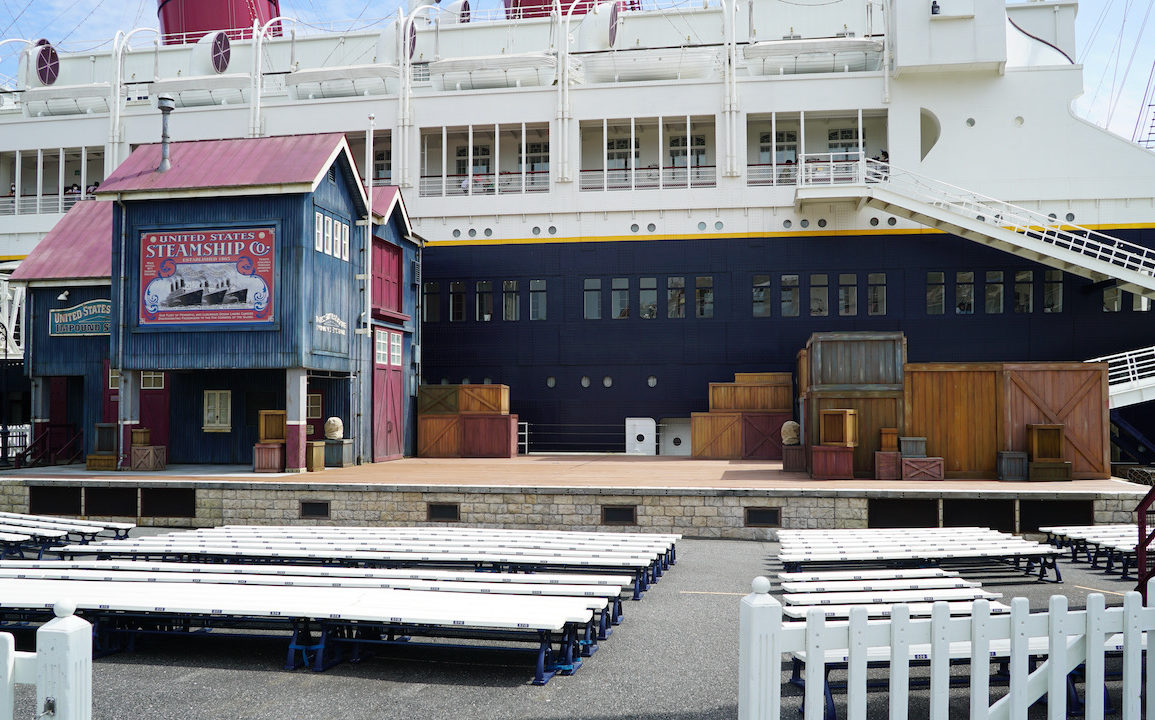 In yet another sign that more entertainment is on its way back to Tokyo Disney Resort, the resort’s official website added closing dates for the remaining character greetings at stages within both Tokyo Disneyland and Tokyo DisneySea.

Over at Tokyo Disneyland, the Theatre Orleans greeting featuring Donald, Daisy, and Goofy in their “Let’s Party Gras!” costumes will be closing on March 6. The resort hasn’t said whether “Let’s Party Gras!” will return or not. Tokyo Disneyland typically played host to two permanent stage shows, which is currently filled by “Mickey’s Magical Music World” at the Fantasyland Forest Theatre and “Club Mouse Beat” at Showbase.

Meanwhile, the Dockside Stage greeting featuring Donald, Daisy, Chip ‘n’ Dale, and Scrooge McDuck in their American Waterfront costumes will close on March 30. This stage played host to “Hello, New York!” from 2018 to 2020, although the Oriental Land Company already announced in October 2020 that the show would not be returning. No word on whether a new stage show is planned immediately or later in 2022 for the Dockside Stage, although we doubt it’ll be vacant for long.

Four stage shows is the normal state of affairs at Tokyo DisneySea, with only a heavily modified version of “Big Band Beat” playing as of now. “Song of Mirage” is still believed to return at some point in the future, as is “My Friend Duffy”, leaving only Dockside Stage with an uncertain future resident.

Both greetings opened on October 5, 2020 to fill the empty spaces left by the continued absence of entertainment at the parks. We can only hope this signals the full return of entertainment at Tokyo Disney Resort soon. Daytime and nighttime parades returned to Tokyo Disneyland last year, and full seasonal events are set to return soon with “Usatama on the Run” slated for April.

Are you excited about the possibility of entertainment returning to Tokyo Disney Resort? Let us know in the comments below!