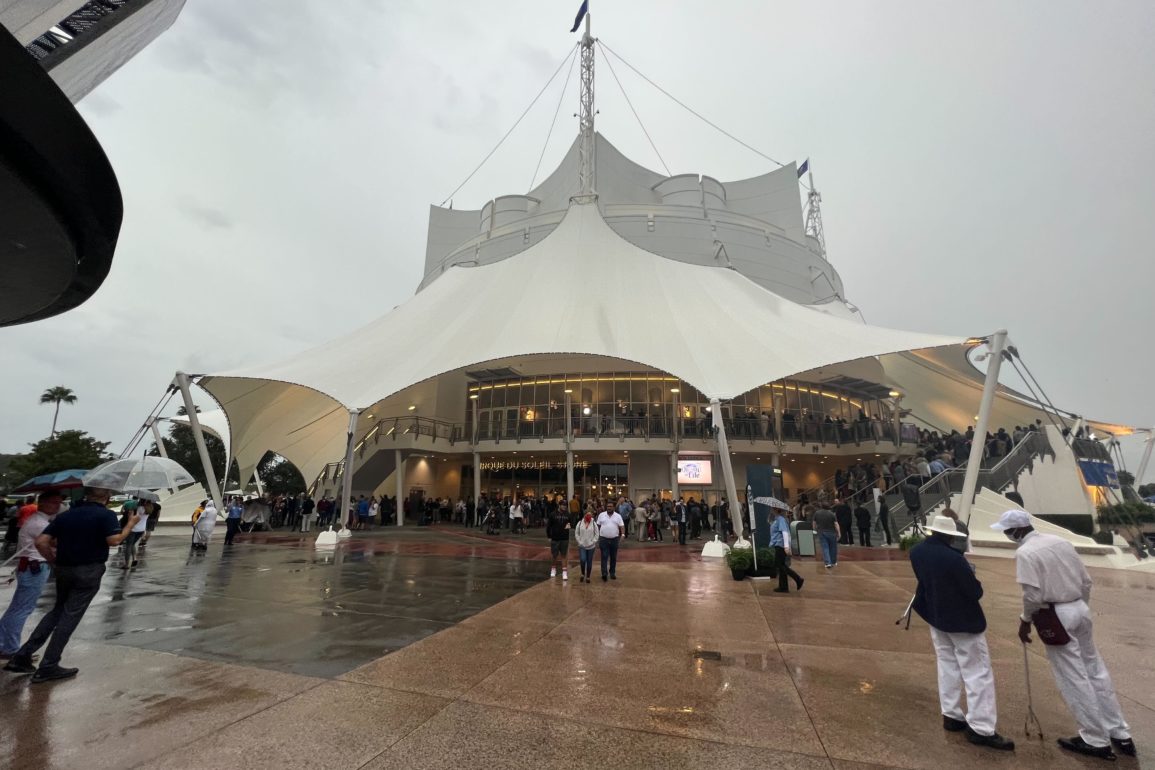 Drunk Guests Take Clothes Off and Brawl at Disney Springs, Slip on Vomit into Bushes During Fight

The arrest report reads like the plot of a “Jersey Shore” episode: Two sisters from New Jersey get into a drunken, naked fight. Only it didn’t happen in the Garden State. It took place at Disney Springs.

The two women, ages 29 and 31, were vacationing with their family in Orlando. That night, the sisters ate at a steakhouse and seemed to be having an enjoyable evening at first (even if they were 30 minutes late to their reservation). They got drinks at an Irish restaurant.

Then the problems began, small at first when they tried to go back to their hotel off Disney property. Their phone died. Disney Security helped them call an Uber. The Uber driver refused to take them, as he worried they were too drunk. The women argued while waiting for a taxi, and their night unraveled. The older sister called the younger sister a bad mom and slapped her. The younger sister threatened to punch her in return.

It was late, around 12:40 a.m., when the Orlando County Sheriff’s Office got a dispatch about a fight happening at Disney Springs.

The younger sister was screaming and crying when they arrived near Cirque du Soleil. She wore only her underwear and sandals.

“Deputies assisted [her] with putting on a blue jean jacket since she was not wearing any clothing,” the sheriff’s report said.

Deputies soon learned the story of what had happened. A Disney security manager witnessed nearly everything during the October 26 brawl. The sheriff’s office did not release the report until this week, months later.

“Both females were screaming at each other. [The security manager] said one female was sitting on a bench while the second female was standing over her. After attempting to calm the situation, [the security manager] said one female slapped the other in the face. At that point, both females began punching, slapping, and pulling each other’s hair,” the sheriff’s report said.

“Once separated, both sisters ran at each other, slipped in [the younger sister’s] vomit, then fell into the bushes while still fighting. [The security manager] stated [the younger sister] ran a few feet away and took off her dress, exposing her breasts. Shortly after, they began to punch each other again. [The security manager] and [another cast member who witnessed the fight] were able to separate the two again until the off-duty deputies arrived on scene.”

The report noted that Disney did not have video surveillance of the drunken, naked brawl.

When the deputies questioned the younger sister, the report said she only wanted to talk about how she didn’t like her sister’s boyfriend.

The officers arrested the drunk guests for domestic violence, battery, and disorderly intoxication, which are misdemeanor crimes. Neither woman sustained injuries.

“They were very intoxicated,” the sheriff’s report noted. “And endangered the safety of other guests and Cast Members at Disney Springs by physically fighting in a public area,”

In November, the state attorney’s office declined to pursue criminal charges. Both sisters requested the other not be prosecuted, according to Orange Circuit Court records. Since they aren’t facing criminal charges, the guests will remain unnamed.