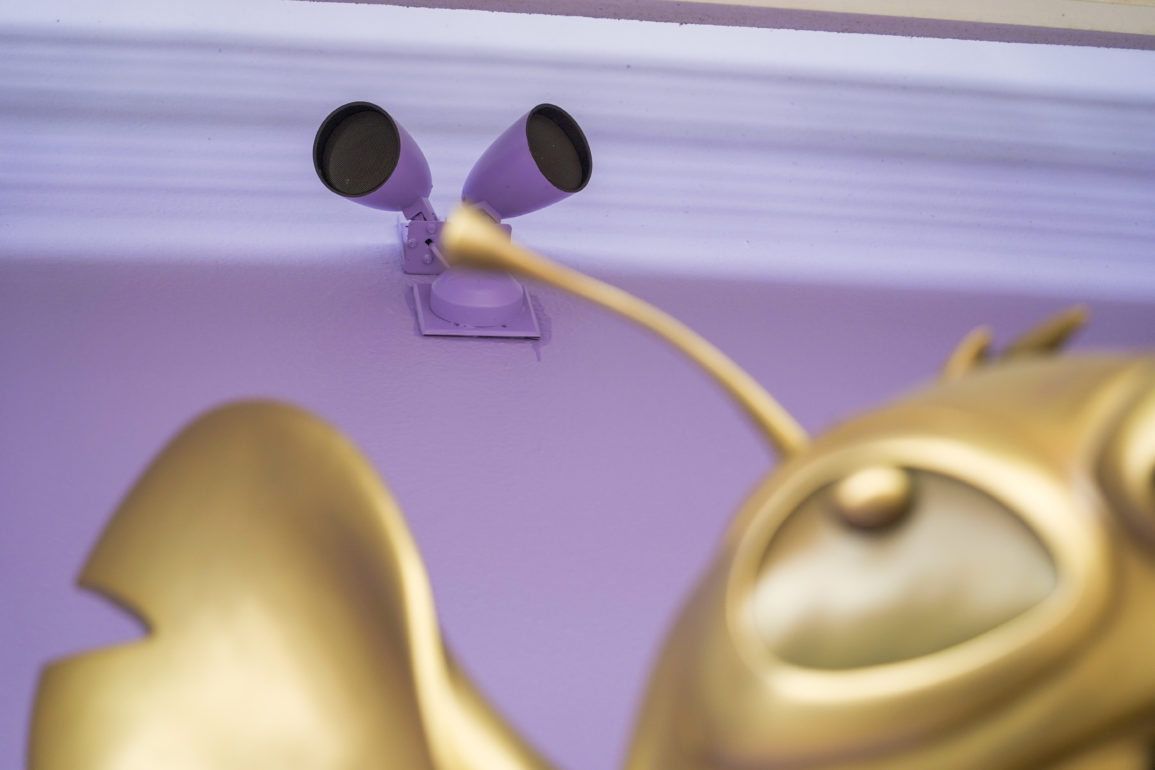 At Magic Kingdom this morning, we noticed speakers have been installed at some of the Fab 50 statues. It was originally announced that these statues would be “interactive” and it looks like preparations for that have finally begun.

The speakers are small and black.

We noticed the speakers at each one of the statues in the Hub. You can see this one in the flowers below Minnie’s foot.

There is also one on the ground next to Pooh and Piglet.

And there is even one on the ceiling for Jaq and Gus.

Over in Tomorrowland, Stitch also has a set of speakers on the purple wall above him.

The outside of the speakers are also purple to blend in with the wall.

Pinocchio also has a pair of speakers.

Similar to Pinocchio, Cogsworth and Lumiere have a pair of speakers as well behind the bushes.

And Lady and Tramp have a speaker blended in with the flowers.

Are you excited to interact with the Fab 50 statues? Let us know in the comments.