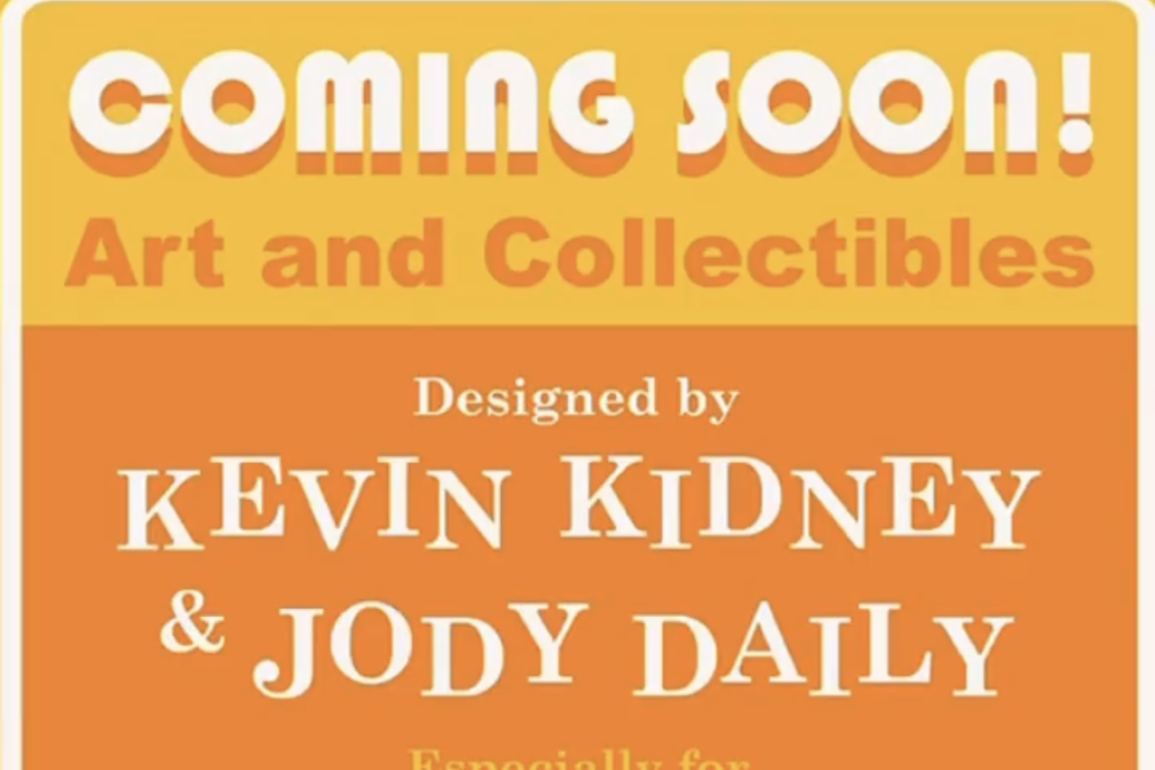 Design team Kevin Kidney and Jody Daily announced on their Instagram that they have a new line of art and collectibles coming to Walt Disney World in honor of the 50th anniversary.

“Those who frequent the Magic Kingdom will start to notice the arrival of items through the spring. We’re very excited to share with you all we’ve been working on in absolute secrecy over the past year and a half!”

It’s possible that the Mr. Toad’s Wild Ride shirt designed by Kevin & Jody we found at Magic Kingdom earlier this month was the first of this new collection. Several readers reported that, much like the Vault Collection retro map Spirit Jersey, Cast Members denied the shirt’s existence after we reported it. It was likely an accidental early release, though it is back in Bonjour! Village Gifts now.

Kevin & Jody also have a Phantom Manor figurine coming soon to Disneyland Paris in honor of its 30th anniversary. They are the creative minds behind the D23 Walt Disney World 50th anniversary commemorative lunch box as well.