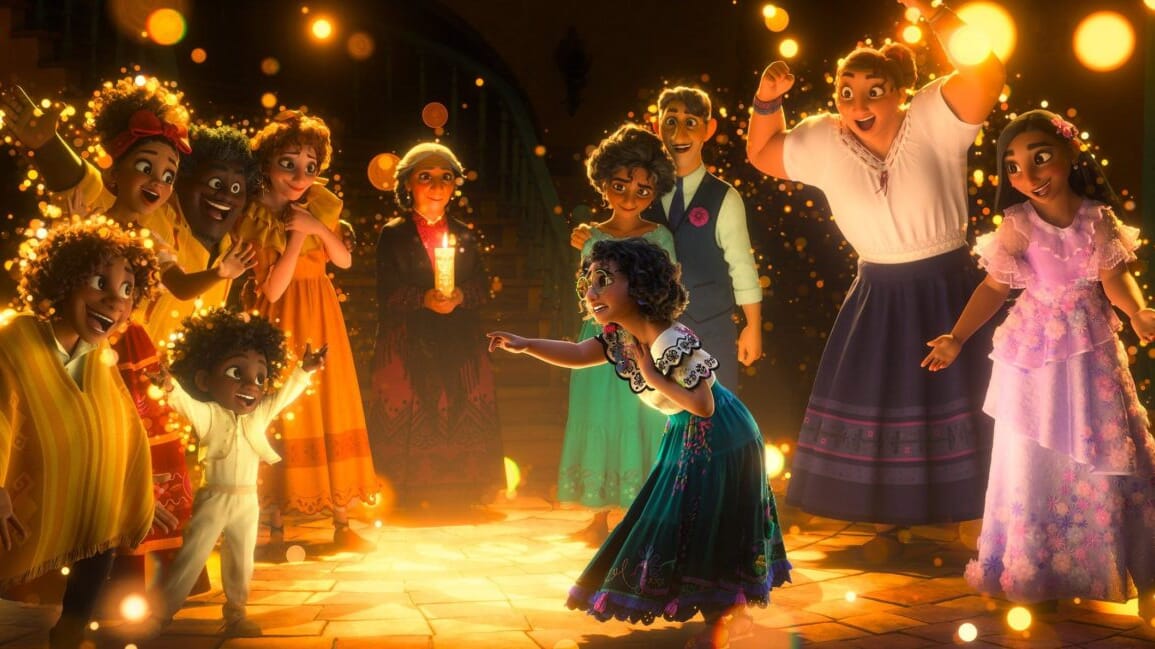 In an interview with The Wrap, Lin-Manuel Miranda shared his vision for an “Encanto” attraction at a Disney Park.

When asked if he wants a theme park attraction or a Colombia pavilion at EPCOT, Miranda said, “Well, I took my kids to Disneyland for the first time pre-pandemic a few years ago. And we sat through The Little Mermaid thing five times in a row. That’s where my brain goes. It’s like, I want to go in and out of this casita and see those characters and see the house respond because that’s something Disney can do that no one else can do. But yeah, in terms of the world of the characters, it’s really early days on that. I don’t know what that will be.”

In response to CEO Bob Chapek referring to “Encanto” as a “franchise,” Miranda said he spoke to Chapek and said, “I know there’s a world in which this casita lives in a theme park and we get to actually walk through it in real life.” He also pointed out that there could be a second movie, TV series, or stage adaptation.

As Miranda said, it’s early days, and an “Encanto” attraction probably wouldn’t arrive at a Disney Park for several years, if ever — see the “Moana” attraction still being constructed.

That said, “Encanto” has been a huge hit, with multiple Academy Award nominations, a Billboard Hot 100 chart-topper, and a return to theaters. In the parks, “Encanto” protagonist Mirabel has appeared at Disney California Adventure and there is an “Encanto”-themed booth at the EPCOT International Festival of the Arts.

Would you like to see a permanent “Encanto” attraction or meet-and-greet? Let us know in the comments.