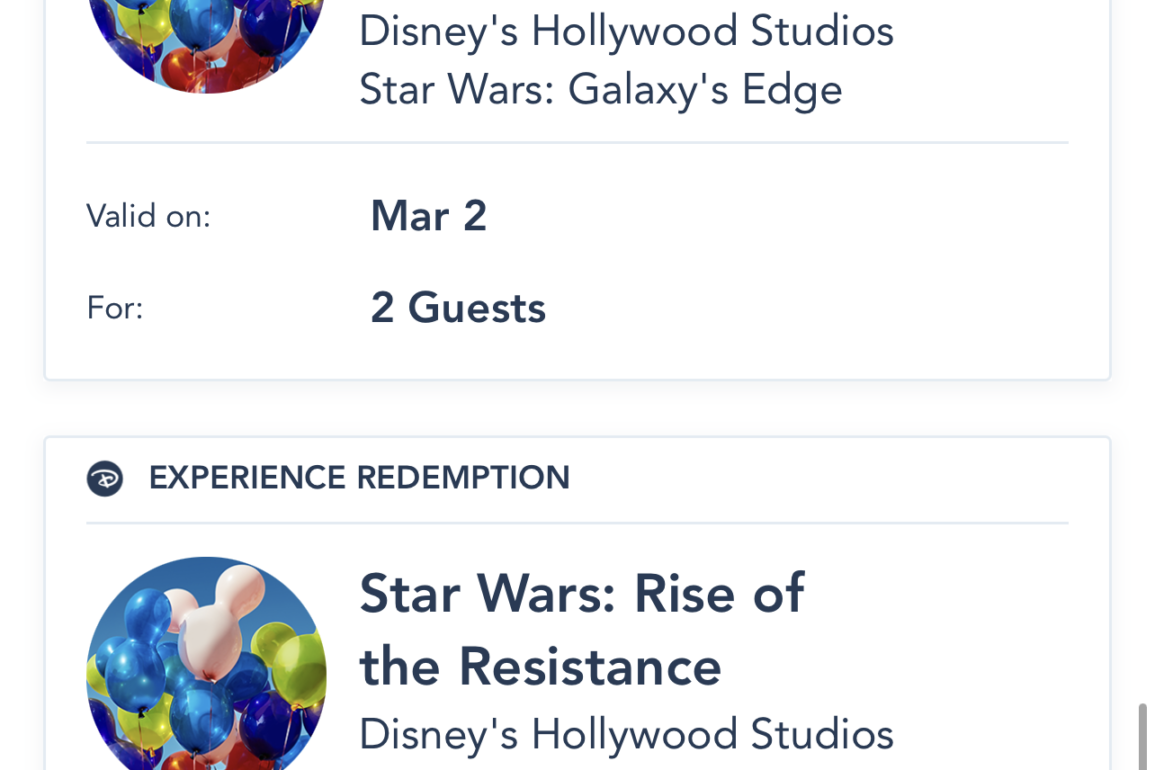 With the launch of Star Wars: Galactic Starcruiser just weeks away, Park Passes and Lightning Lane reservations are being assigned to the resort’s first guests.

As part of the experience, an offboard excursion to Black Spire Outpost on Batuu is included. For those who aren’t fully versed in the world of the Halcyon, this means that Park Passes are included for a visit to Disney’s Hollywood Studios to experience Star Wars: Galaxy’s Edge.

Also included in the package is front-of-the-line access to both Star Wars: Rise of the Resistance and Millennium Falcon: Smugglers Run.

Technically, these are called “experiences,” since unlike Lightning Lane, these don’t have an assigned timeframe.