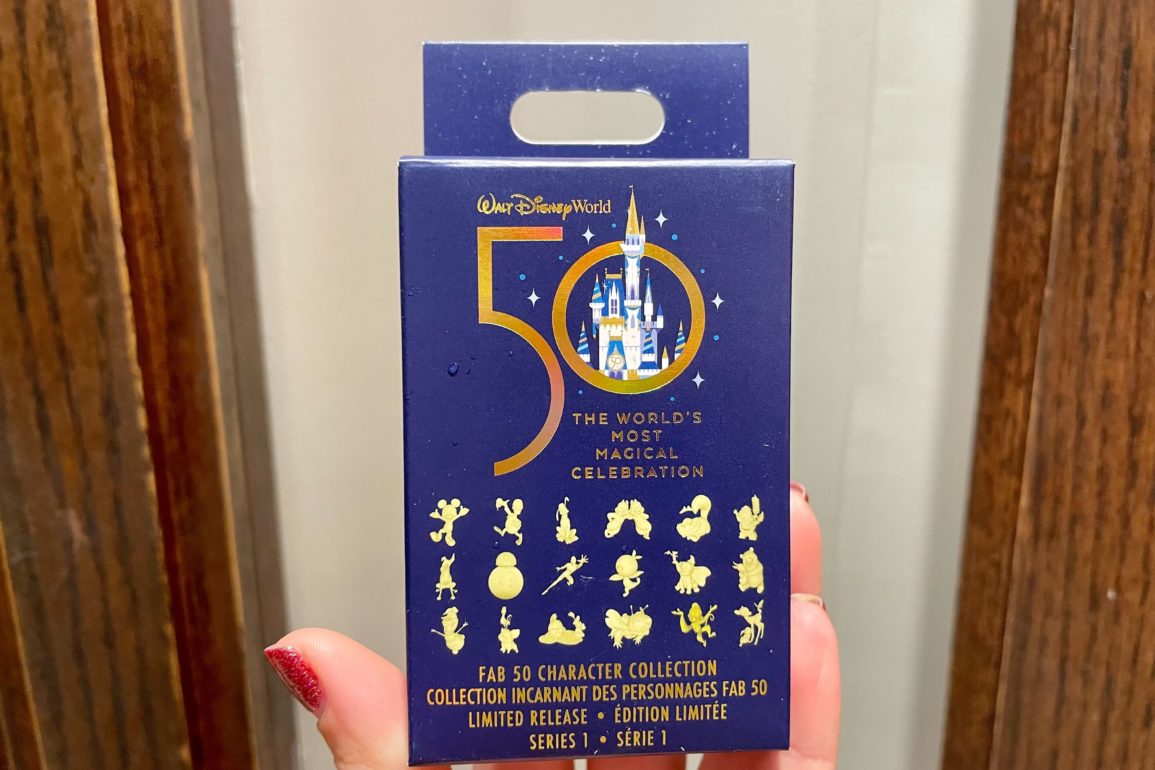 From figures to ornaments, there’s no end to all of the merchandise surrounding the Fab 50 statues across Walt Disney World for the World’s Most Magical Celebration. The latest addition to this collection? The first in a series of mystery pin boxes containing three of eighteen possible pins based on the Fab 50 statues!

The pins come in these blue boxes with the Walt Disney World 50th Anniversary logo on the front.

Also new today is a pin trading map themed to the 50th Anniversary!

The “map” features iconic buildings from across Walt Disney World, like much of the 50th Anniversary merchandise. Sights include the four park icons of course, as well as The Hall of Presidents, the Millennium Falcon, the Walt Disney World Railroad, and more. A small gold pin with Cinderella Castle and the 50 logo are also included as part of the mat.

We found these in The Darkroom at Disney’s Hollywood Studios, and there’s a two-per-guest limit, so be sure to snap up a couple on your next visit!

Will you be picking up these new Fab 50 Statue pins? Let us know in the comments below!