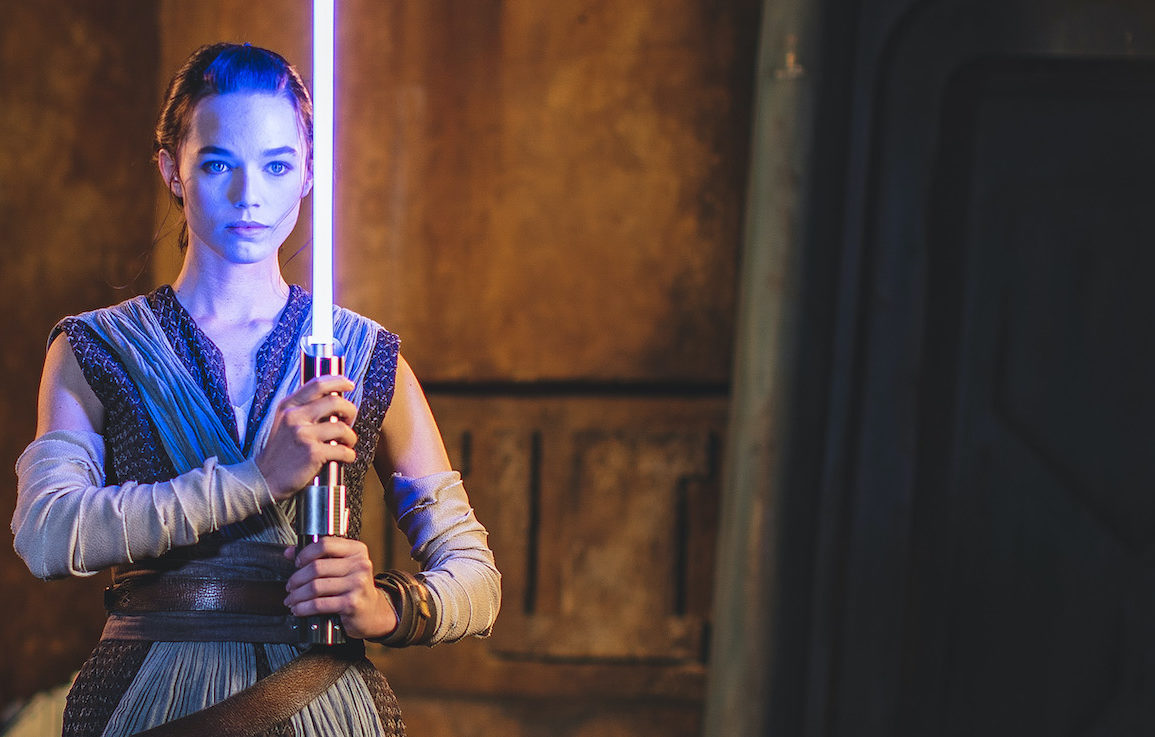 The DIS has shared their video of the climactic lightsaber battle between Rey and Kylo Ren on Star Wars: Galactic Starcruiser. In this video, we can see the “real” lightsaber wielded by Rey.

Unlike other lightsabers, the illuminated blade of this saber actually fully extends from the hilt. You can see Rey extend the blade about one minute into the video below.

In somewhat clunky choreography (which is no fault of the actress), Rey then dodges a blaster bolt, ducking to the ground. This is where she swaps the “real” lightsaber for a prop that can actually be used for the battle.

Watch most of the battle in the Halcyon atrium:

Footage today is being released from media previews for the Galactic Starcruiser. Stay tuned for full, detailed coverage and reviews when we board the first public “flight” on March 1.