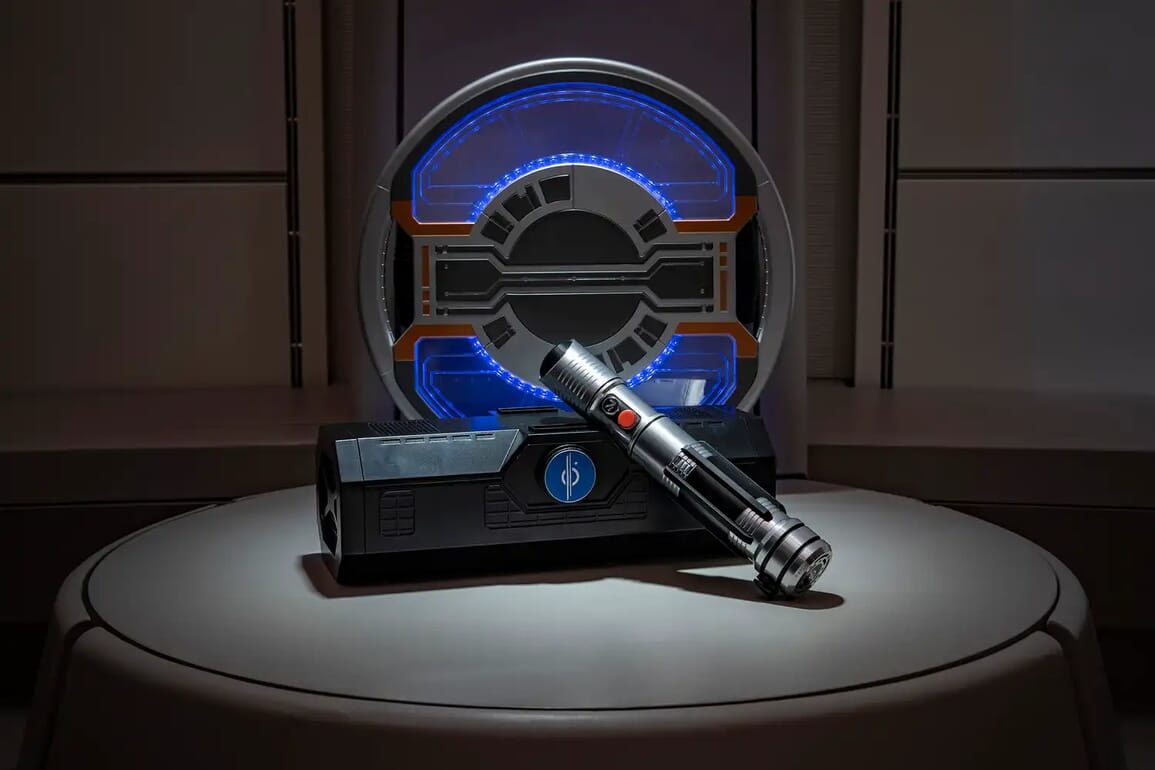 Last week, Disney invited influencers and media for an exclusive preview of the upcoming newest resort at Walt Disney World, Star Wars: Galactic Starcruiser. The new resort hasn’t even officially opened to guests yet, and exclusive merchandise from the resort is already being resold on eBay.

But media did not have access to the exclusive merchandise — only influencers. Influencers are currently reselling these exclusive lightsabers, droids, and more on eBay.

As you can see below, some items like a lightsaber hilt and an SK-620 droid are listed for sale at just around $1,000 each.

More items have been added in the past twelve hours including a lightsaber sheath and a reflective shield. Whoever is selling these clearly planned on selling them before even deboarding the Halcyon. You can see these photos were taken on one of the cabin beds. There is the hard-to-miss bright orange runner with the Chandrila Star Line emblem.

Disney did set a merchandise limit aboard Star Wars: Galactic Starcruiser to two items per cabin on certain merchandise items. But being invited to a media event, and reselling exclusive items just to make a profit, is wrong – especially when real Star Wars fans would have loved this experience and the merchandise.