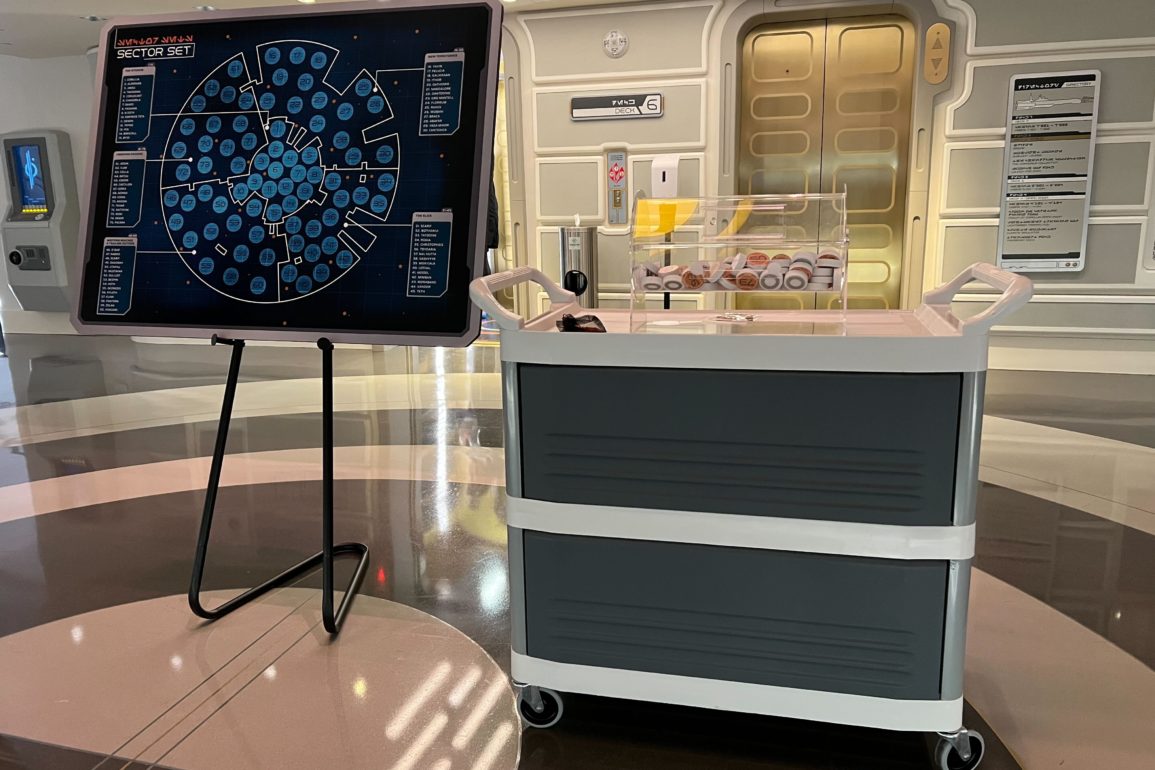 A Guide to Sector Set — Space Bingo on the Star Wars: Galactic Starcruiser

One of the activities on the first night of the Star Wars: Galactic Starcruiser is Sector Set, billed as a Halcyon-exclusive game featuring planet matching.

It’s space bingo! As part of the cruise motif, several traditional cruise activities are given a “Star Wars” twist. You can join some of the crew in the Atrium to play if you’d like. The game time can be found in your itinerary on your Datapad.

The crew members draw numbers, each one corresponding to a different planet on the galaxy map. A large map with all of the planets is on display, though we did notice that it’s not quite accurate.

Players each have their own map that only has five of the planet numbers in each of the five sectors.

When a number is called, you find it on the map and put a provided sticker over it. The goal is to get all five planets in one “sector.”

Sector Set isn’t part of the storyline and certainly isn’t as exciting as Lightsaber Training, but it’s a cute activity that takes place when there isn’t much going on around the ship. Kids especially may enjoy it.

Will you be playing this on your Star Wars: Galactic Starcruiser voyage? Let us know in the comments.

Previous
‘The Ding Dang?’ Imagineer Hints at Multiple Universe of Energy Ride Easter Eggs in Guardians of the Galaxy: Cosmic Rewind at EPCOT

Next
WATCH PARKSCENTER — Festival Recaps, Saying Goodbye to Toontown, and a Preview of WDWNT March Madness on ParksCenter!