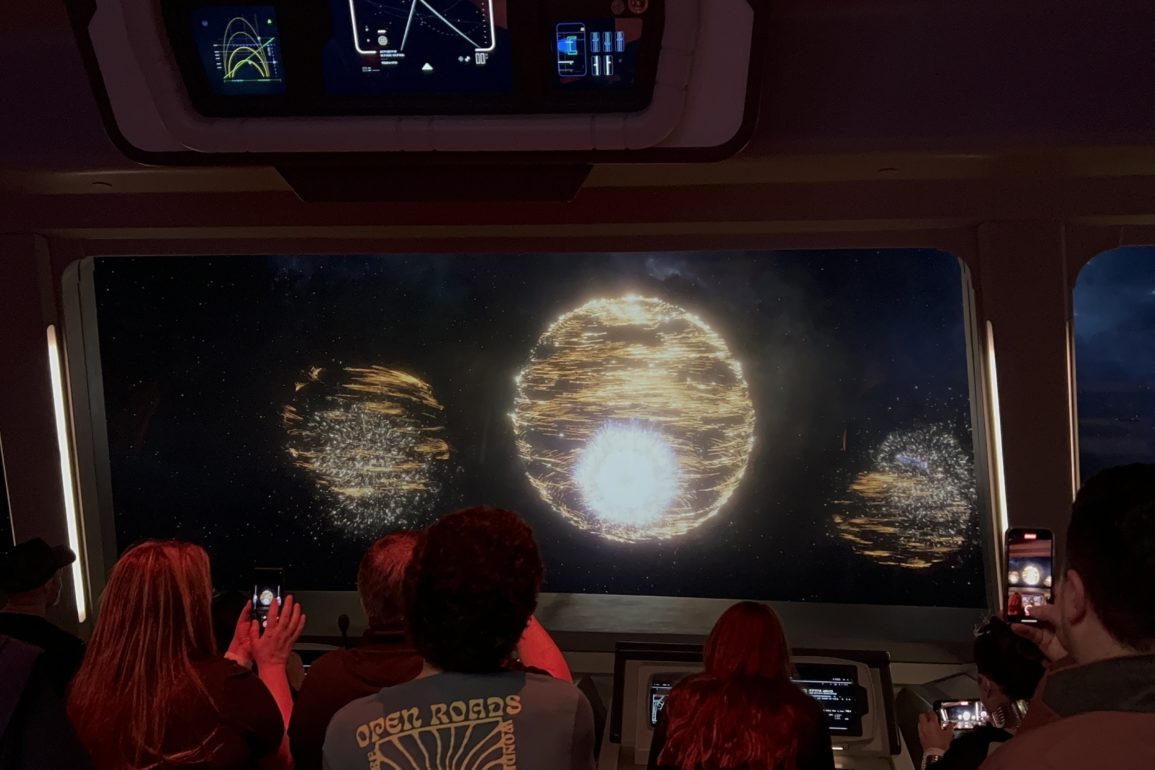 A Halcyon Celebration and Fireworks for the Ship’s 275th Anniversary on the Star Wars: Galactic Starcruiser

The final major event of the second night on the Star Wars: Galactic Starcruiser is the Halcyon Celebration. Scheduled to be in celebration of the ship’s 275th anniversary, the festivities take on a slightly different theme following the big finale. This article will contain major spoilers for the Starcruiser storyline.

After the battle between Rey and Kylo Ren, the First Order retreats, and the Halcyon escapes through Hyperspace.

Rey, Chewbacca, and SK-620 depart on the Millennium Falcon, which guests can see fly away through the Halcyon windows.

Sammie asks Keevan if he can keep the Stormtrooper suit because he doesn’t know how to take it off.

Captain Keevan gives a speech about allegiance, pointing out that some passengers helped the Resistance while others helped the First Order.

She says regardless, we should now all come together.

Gaya’s manager Raithe Kole then interrupts to give his own speech.

He announces that he will be representing Ouanni and Sandro on their roads to stardom.

Sandro and Ouanni thank some of the passengers they befriended on the journey.

Lenka and Captain Keevan give a final cheer to “the end of one extraordinary journey and the beginning of a thousand more.”

We were then treated to a “fireworks” show out the windows of the Halcyon.

The fireworks were visible from the Atrium and the Bridge, so guests could spread out and get a good view.

You can watch the celebration in the last seven minutes of our final battle video below.