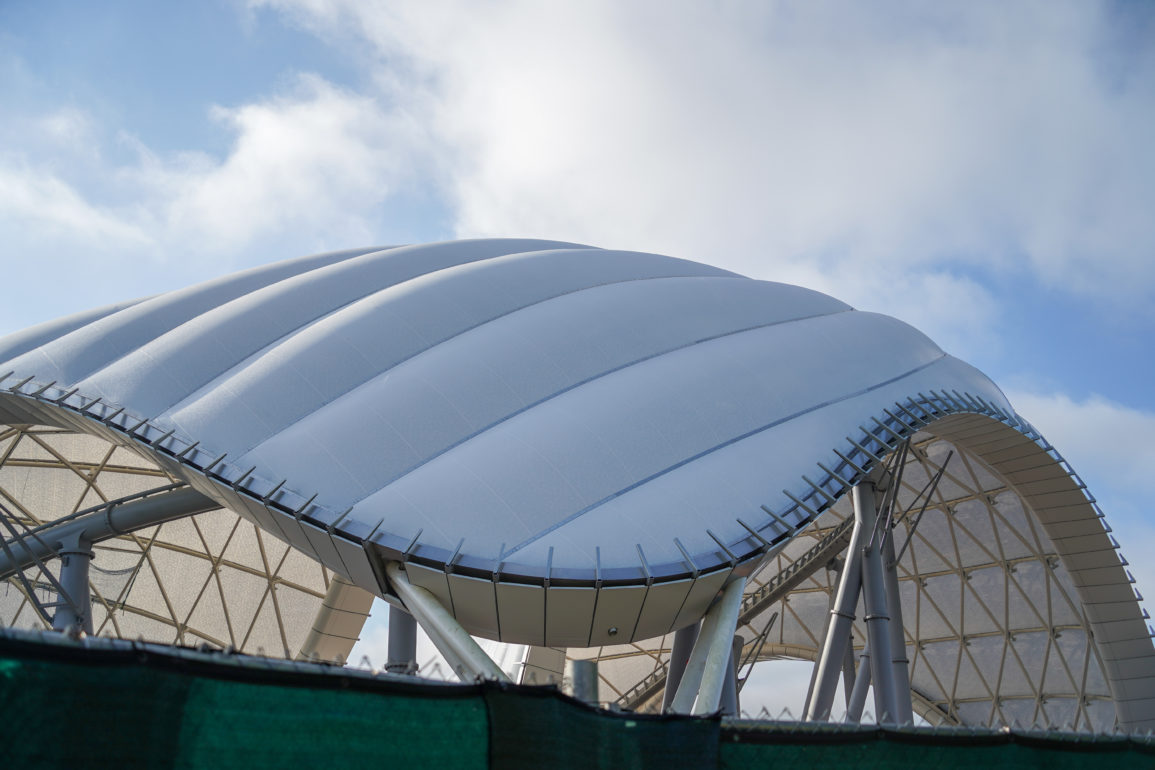 Earlier this week, we observed that one section of the canopy at TRON Lightcycle/Run is nearing completion. Now we have a closer look at the interesting interior pattern of the canopy.

As we zoom into the structure’s interior, a pattern on the canopy becomes visible.

The pattern represents the Grid from “TRON,” which is described as a digital frontier.

This attraction will have lights underneath the canopy, making for a visually stimulating experience.

Are you excited about this new coaster at Magic Kingdom? Let us know in the comments.