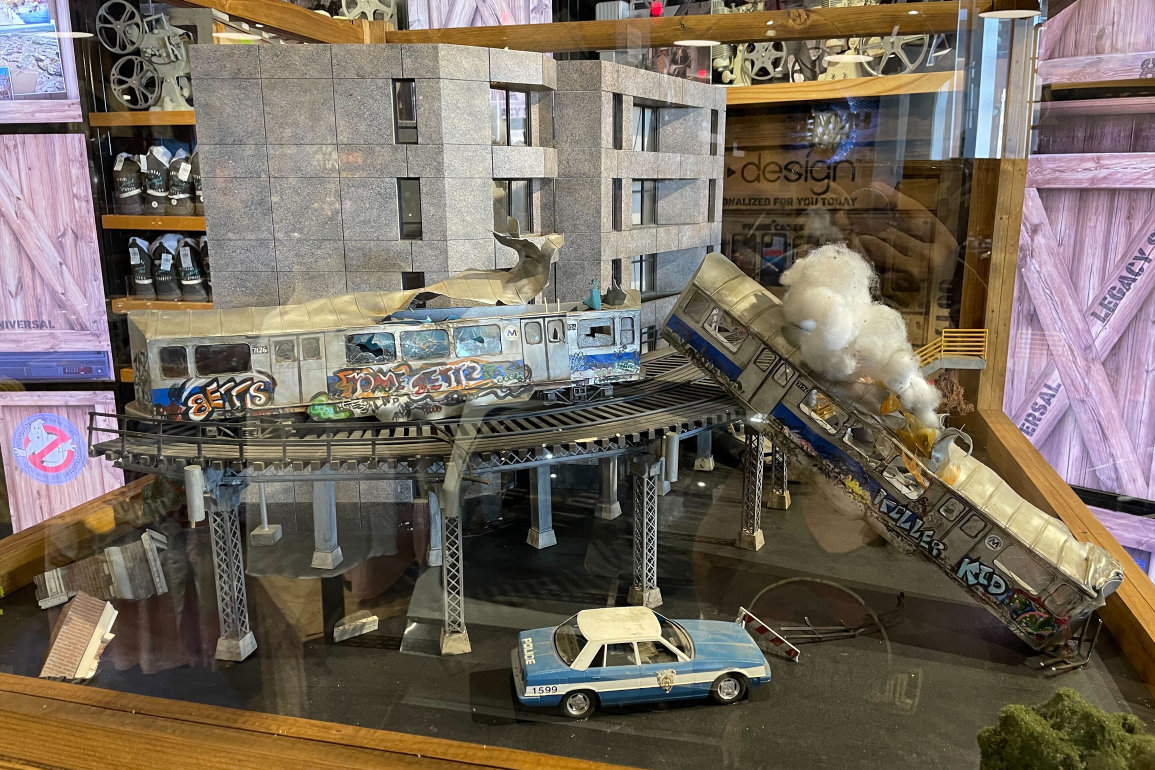 The Universal Legacy Store in Universal Orlando Resort’s CityWalk now has two models of the defunct Kongfrontation ride on display.

These models can be found in glass cases atop merchandise displays.

The ride was known for its giant King Kong animatronics, but as the models show, the scenes were full of small details.

The first model features two crashed cars, with a geyser erupting from the street in front of it. Smoke, made out of cotton, arises from Patrick’s Irish Pub behind the crash.

A bed has also fallen from one of the apartments into the street.

The next storefront is labeled “The Bowery Bank.

The back of the model has a brick wall with graffiti.

There’s a dumpster, trash can, and tiny trees.

There is a small newspaper stand.

A red van has been tipped over next to a streetlight.

A small staircase leads up to a red door.

The second scene features an elevated train falling from its track.

These scenes were actually right next to each other on the ride, so this may have originally been one model that was split in half.

A police car is next to the train track.

The train is covered in graffiti and part of the roof has been torn back.

More cotton smoke arises from the train car that is half on the ground.

Two helicopters are also on the ground nearby.

An events stand has posters pasted on it.

There is a directory for Roosevelt Island.

A Roosevelt Island tram is pictured on another poster.

This all takes place outside the Department of Water and Power building, which has a big chunk missing from it.

Did you get to ride Kongfrontation before it closed in 2002? Let us know in the comments.