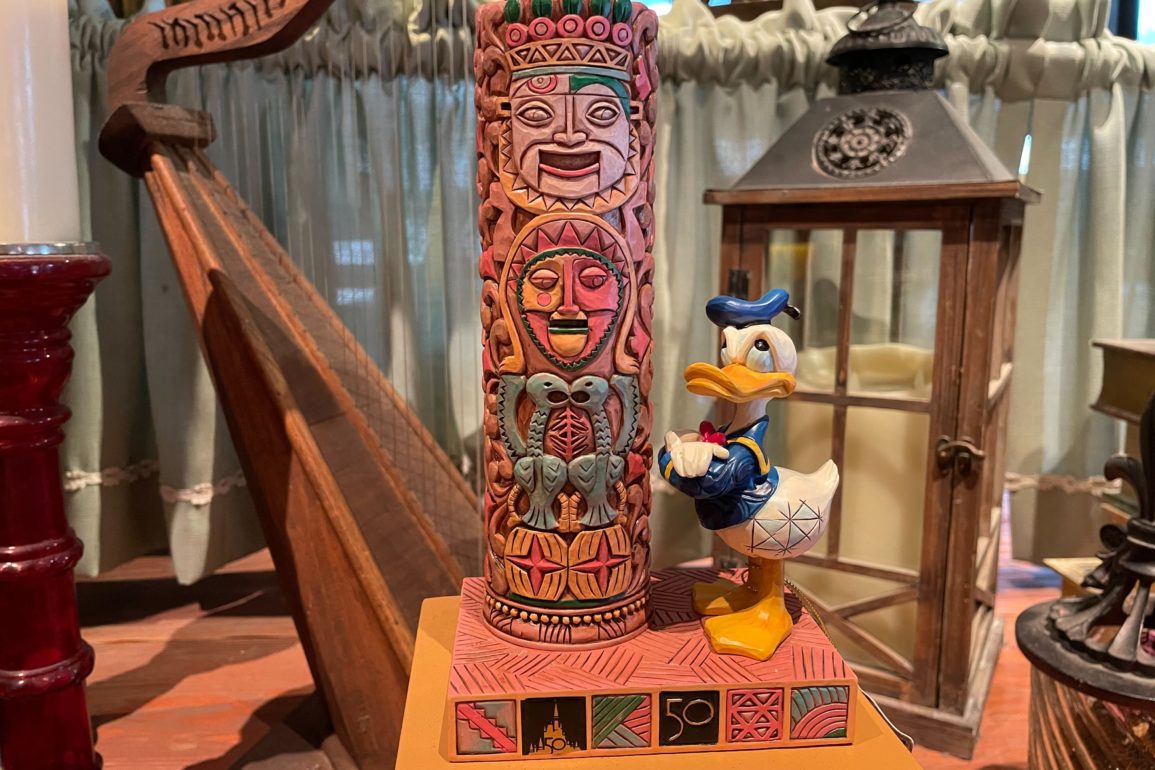 A new 50th anniversary figure by Jim Shore is now available at Walt Disney World, this one featuring Donald Duck in the Enchanted Tiki Room.

Donald is standing next to a tiki totem pole on a square base.

The pole is decorated with faces just like those from the attraction’s totem poles.

The entire pole is covered in intricate carvings.

It is painted in shades of brown, red, and yellow, with touches of green and blue.

Donald is in his classic blue sailor outfit, with some Jim Shore criss-cross detailing on his feathers.

The base has squares around the edge, with some of them featuring the 50th anniversary logos. The other squares are carved with line patterns and painted pink, blue, and green.

There are tree more tiki room faces on the back of the pole.

We found this figure in Bonjour Village Gifts at Magic Kingdom.