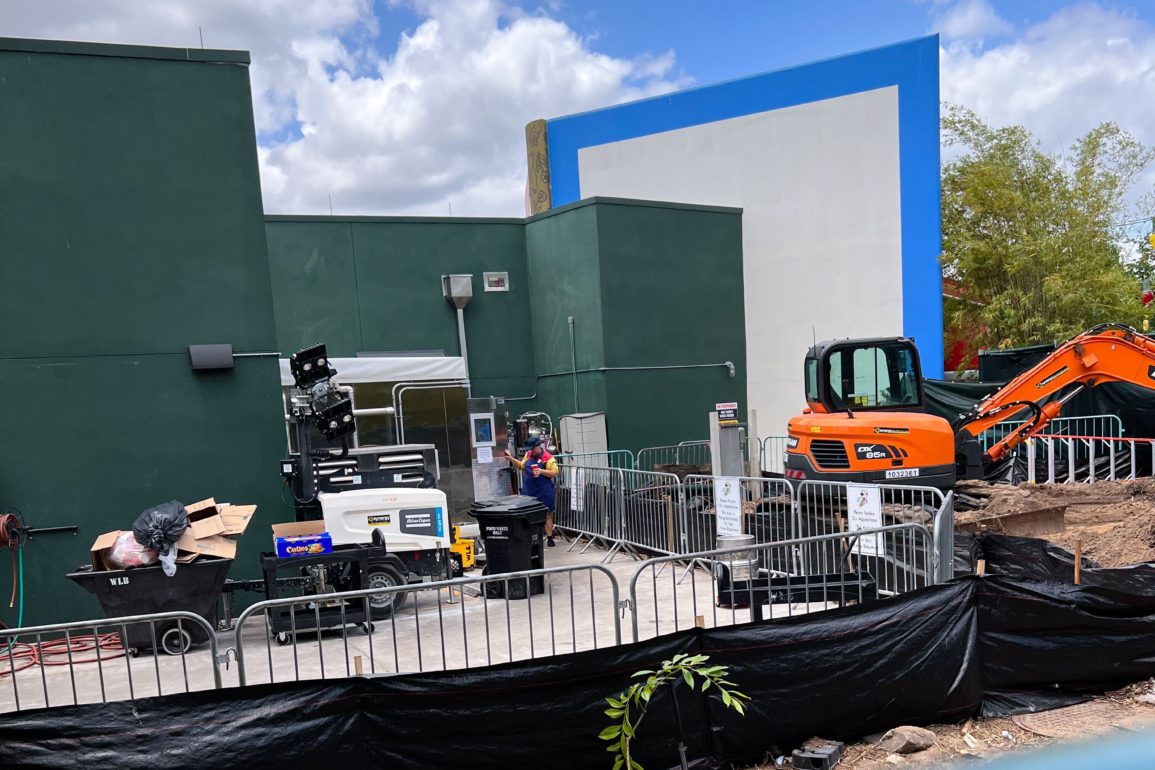 It seems that Woody’s Lunch Box seating is being expanded even further than the recently added awning in Toy Story Land at Disney’s Hollywood Studios, explaining why work on the area is taking so long.

We haven’t seen much progress on the shaded area in the past few months, and no seats have been added beneath it.

The awning is constructed to look like it is held up by K’NEX pieces.

There is no visible progress from behind Woody’s Lunch Box, either, however, there is construction fencing and works happening just next door now.

Green scrim runs down almost the entire exit queue, leading us to believe that the seating area of Woody’s Lunch Box will eventually be expanded more than previously expected.

This area is just to the left of the large storybook that makes up the tallest point of the Woody’s Lunchbox facade. Themed lampposts and signage is all that remains along the path.

A peek over the fence reveals that most of the area has been cleared, with railings protecting cast members from the work site.

Meanwhile, the exit of Toy Story Mania was recently rerouted as the store inside is rethemed to Jessie’s Trading Post.

Guests instead exit through a “backstage” area surrounded by hedges.

They pass this semi-circle of construction walls and scrim.

A bit of old Hollywood Studios still exists back here, just beyond what was PIXAR Place.