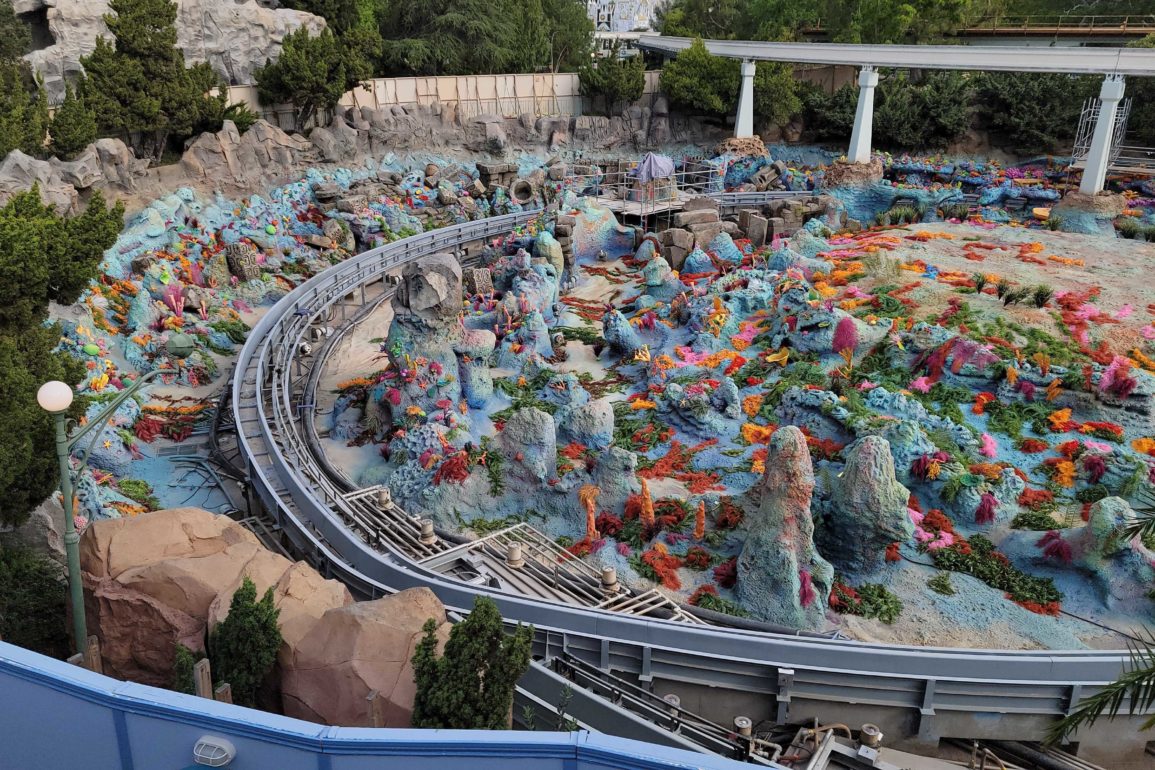 Finding Nemo Submarine Voyage remains under construction at Disneyland Park. It was originally supposed to reopen late last year, then in “winter 2022,” but a reopening timeframe has been removed from construction walls altogether.

From the Monorail, we can catch a glimpse of the drained attraction. Since our last update, green seaweed and other colorful underwater elements have been added to the ground.

The submarines were uncovered earlier this year, but scaffolding remains up around them.

Some of them were open.

Some scaffolding also remains around the submarine track.

As we rode past a backstage area, we saw some sea turtles that had been removed for touch-ups.

Do you miss Finding Nemo Submarine Voyage? Let us know in the comments.