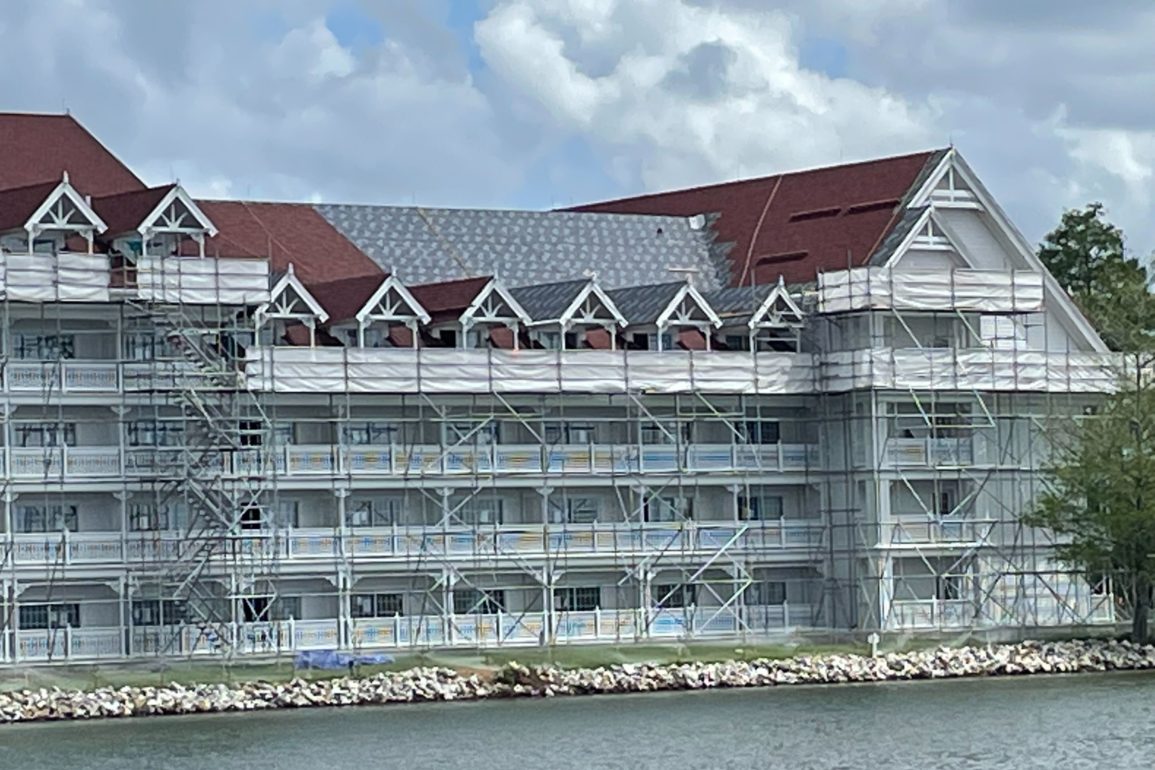 This stairwell behind construction walls was stripped of paneling last month.

The stairs and railings have now been completely removed, leaving only the support structure.

Temporary wood railings are in place for construction workers.

Meanwhile, shingles have been removed from the roof of this building. The entire side of the building is covered in scaffolding.

The black sheathing on many of the small balcony rooftops is now exposed.

Next to the lagoon, several crew members worked on the back of this building, which is also missing roof shingles.

The crew members were in a line up one section of scaffolding, with the last crew member standing on the roof.

They were all secured with harnesses.

We previously got a look at the interior of the new villas. Disney also released a short documentary on the expansion.