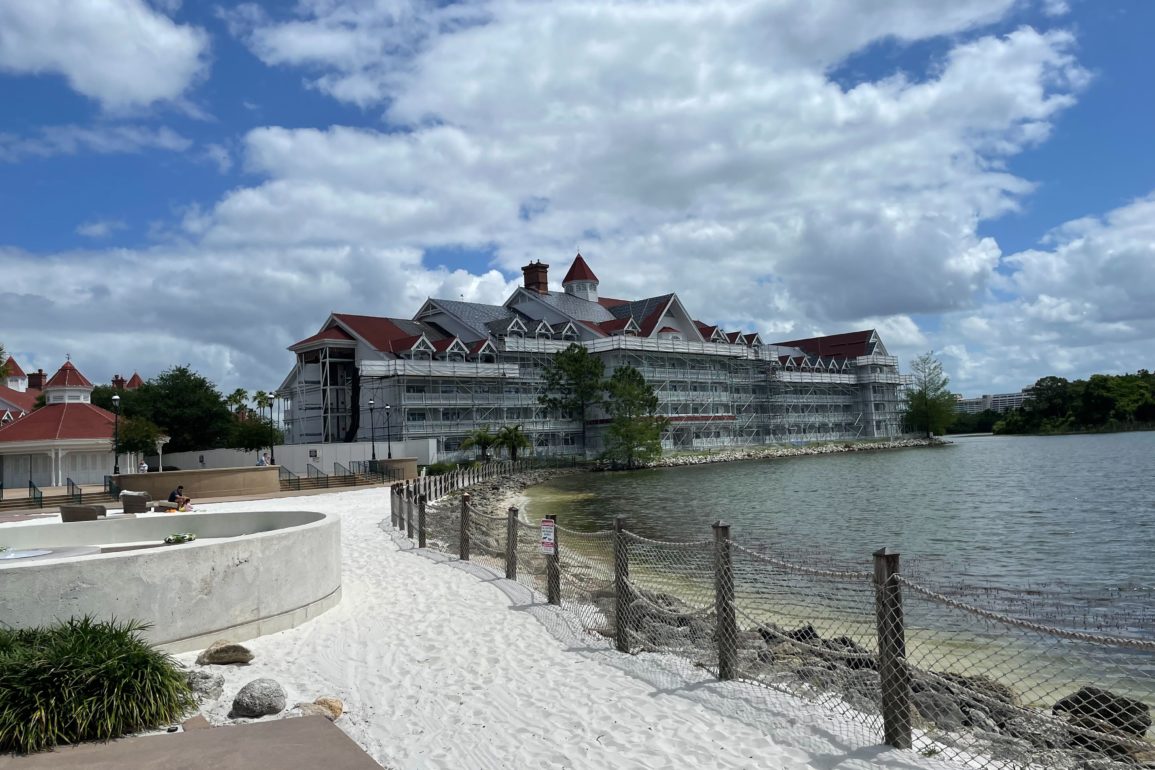 Construction began at Disney’s Grand Floridian Resort on March 1 in order to add new Disney Vacation Club Resort Studios to The Villas. We last checked in on March 28 so let’s see how things have changed.

The entire side of this building is covered in scaffolding.

A black tube runs down from one scaffolding tower.

A construction vehicle and scaffolding are visible between this building and the next, at the staircase.

The top level of scaffolding has white tarps around it.

From further back, we could get a better look at some of the work going on.

Blue painter’s tape is around some of the windows.

Large patches of red shingles are now missing from the roof. Black sheathing is visible in the shadows, but most of the exposed areas are just white.

From the side, we can see that singles have also been removed from some of the smaller balcony rooftops.

Meanwhile, this staircase remains under construction.

The walls have been stripped from around it and new wood railings have been installed but the railings might just be for worker safety.

We previously got a look at the interior of the new villas. Disney also released a short documentary on the expansion.

Next
Special Offers Available for Aulani, A Disney Resort & Spa From August to December 2022