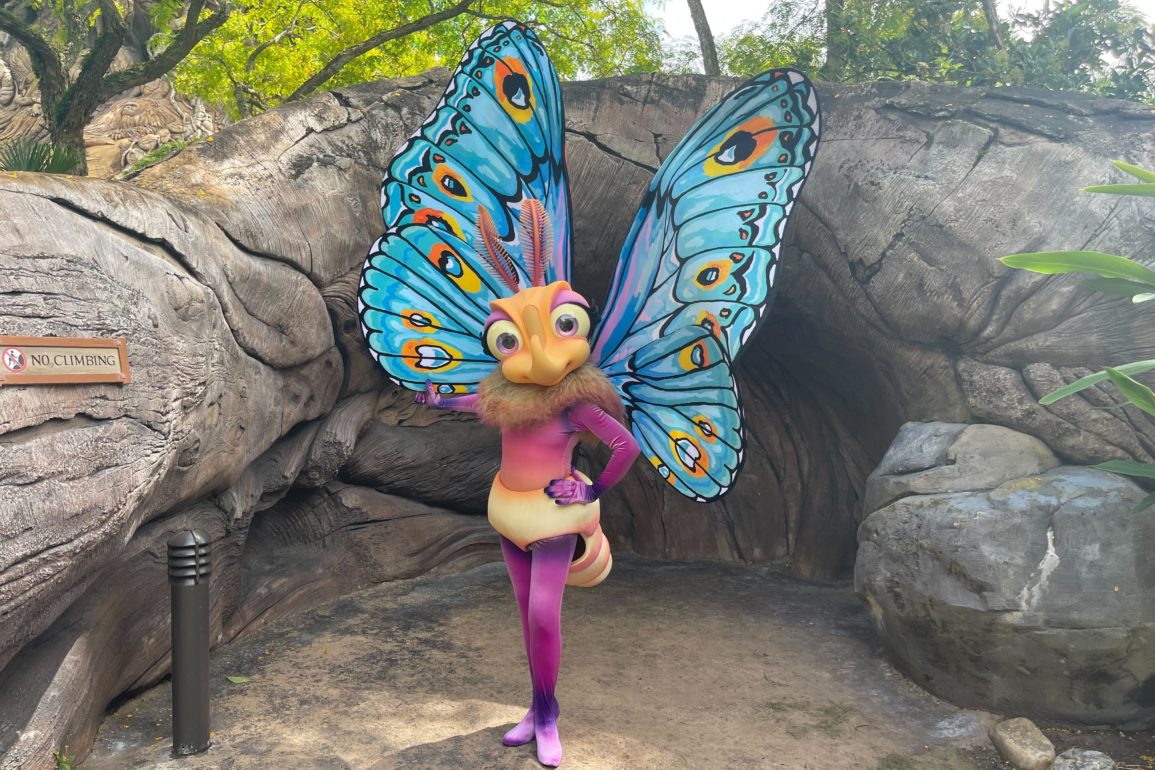 With the return of normal character meet-and-greets to Walt Disney World, we’re actually seeing some new characters. The moth from “A Bug’s Life” is now greeting guests near “It’s Tough to be a Bug!” at Disney’s Animal Kingdom.

In “A Bug’s Life,” the moth is named “Gypsy” after the common name of her moth type. However, that word is considered a harmful slur to the Romani people, and the moth’s common name has since been changed to the spongy moth. The scientific name of the species is Lymantria dispar.

Regardless of her controversial name, it’s fun to see such a rare character meeting guests. It’s possible the moth is only appearing as part of Earth Week celebrations, so see her while you can.