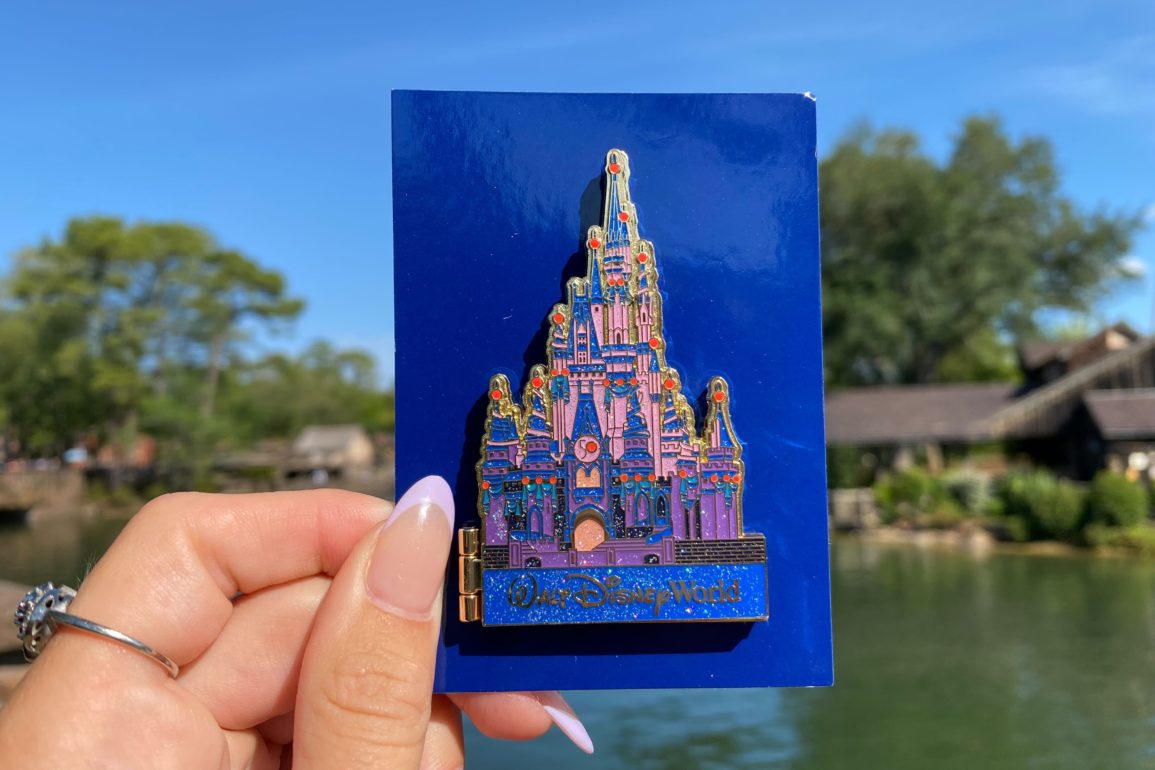 Each pin comes in a blue and gold box.

This pin has the castle in shades of pink and purple.

The decorations are teal blue, red, and pink.

The pin opens to reveal Cinderella running down the castle steps.

It seems each pin in this series will depict a different iconic scene from “Cinderella.”

The inside also features the 50th anniversary logo.

We first found this at Fantasia in Disney’s Contemporary Resort, then later at Pin Traders in Magic Kingdom.