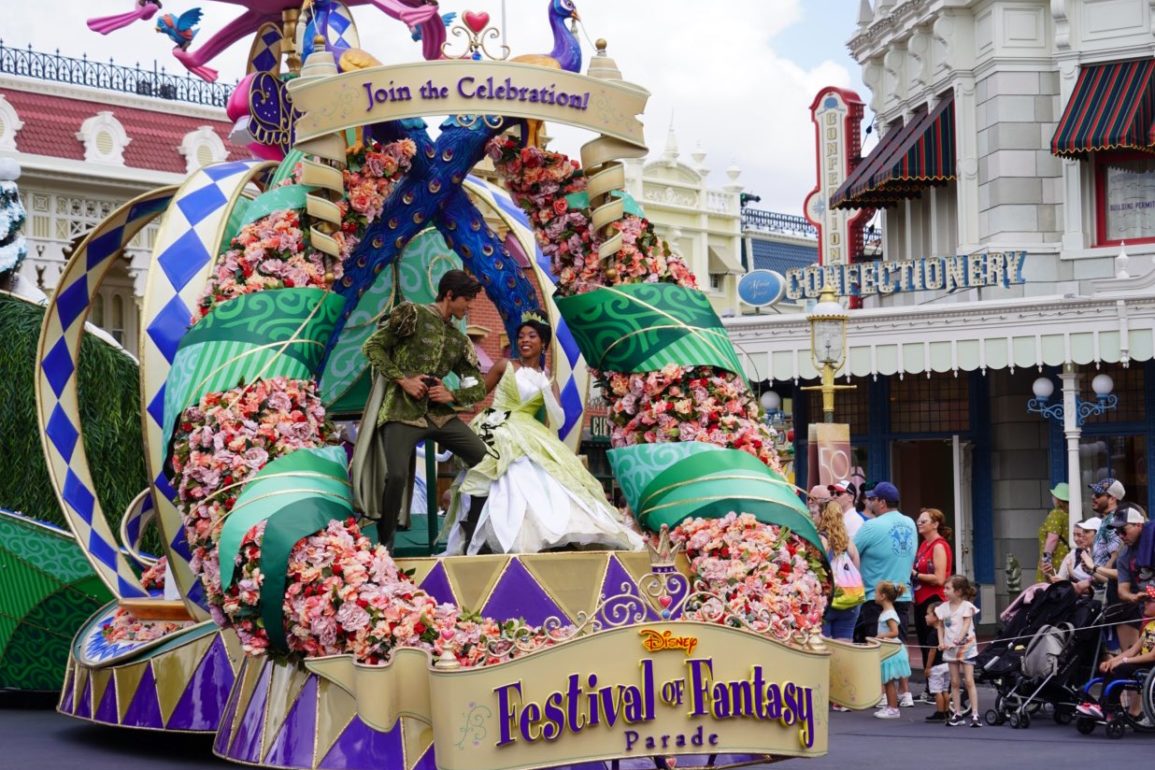 During today’s noon Festival of Fantasy parade at Magic Kingdom, Tiana and Naveen replaced Belle and the Beast on the front of the first float.

Denise at Mousesteps shared a photo of the couple dancing on the float.

They usually appear on the other end of the float, circling with Anna and Elsa. Instead, no characters were in that spot.

The reason for the replacement or if it is permanent is unknown. The float was updated before it returned to include large green ribbons, which better match Tiana and Naveen than Belle and the Beast. The flowers were also changed, so there are fewer red roses, and the base of the float was repainted purple and gold — Mardi Gras colors.

That said, video shows the spinning float not moving, so it may be broken and Disney opted to cut Belle and the Beast from the parade and move Tiana and Naveen to the front until the float is fixed.

Performers for Belle and the Beast may have also been unavailable today.

Next
‘Star Wars: Andor’ Possibly Shortened to Three Seasons Instead of Five