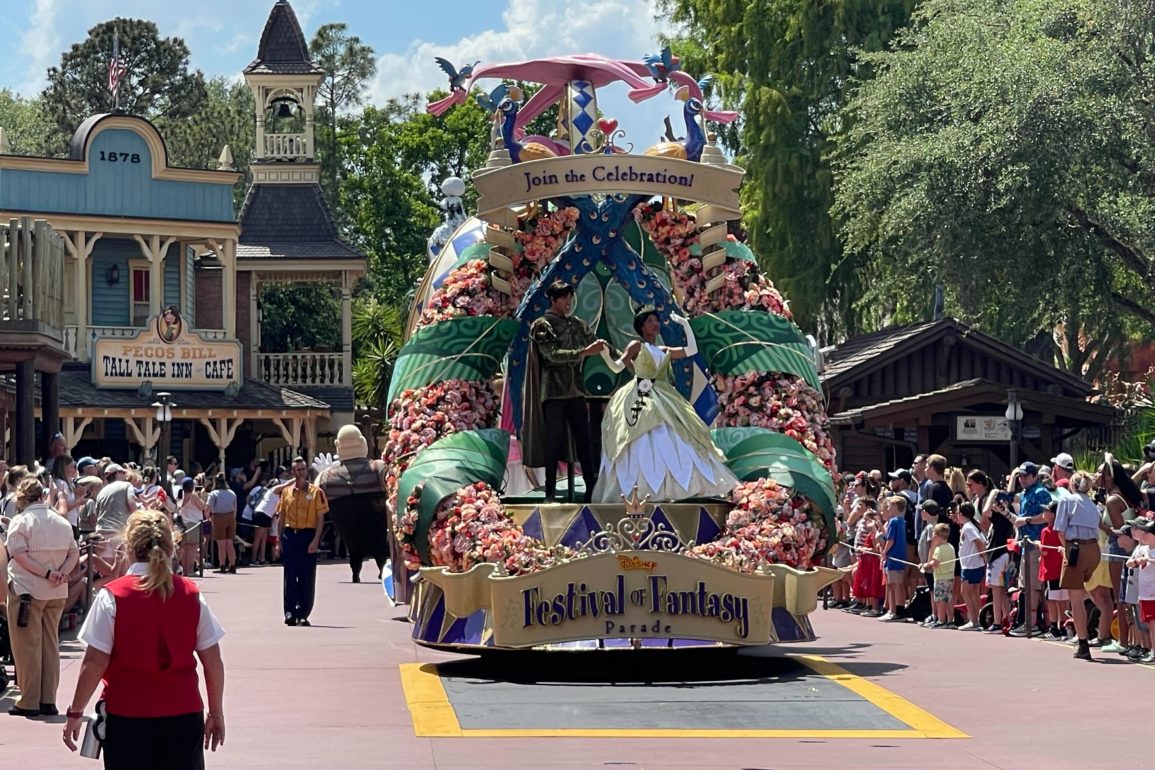 The Festival of Fantasy parade returned to Magic Kingdom last month, however some characters were missing. Specifically, none of the princes were appearing with their princesses and Anna was not appearing with Elsa. Physical distancing requirements have now been removed from character meet-and-greets and it seems this extends to characters appearing alongside each other in parades.

The Beast has rejoined Belle at the front of the Festival of Fantasy Parade.

Behind them, Prince Charming is back alongside Cinderella.

For the first time in forever, Anna and Elsa can be seen — with Olaf — at the back of the float.

Anna and Elsa’s section spins to reveal Tiana and Prince Naveen on the other side.

At the end of the parade, Minnie has also rejoined Mickey in the hot air balloon float.

Minnie has been walking on the ground with the other characters since the parade returned last month.