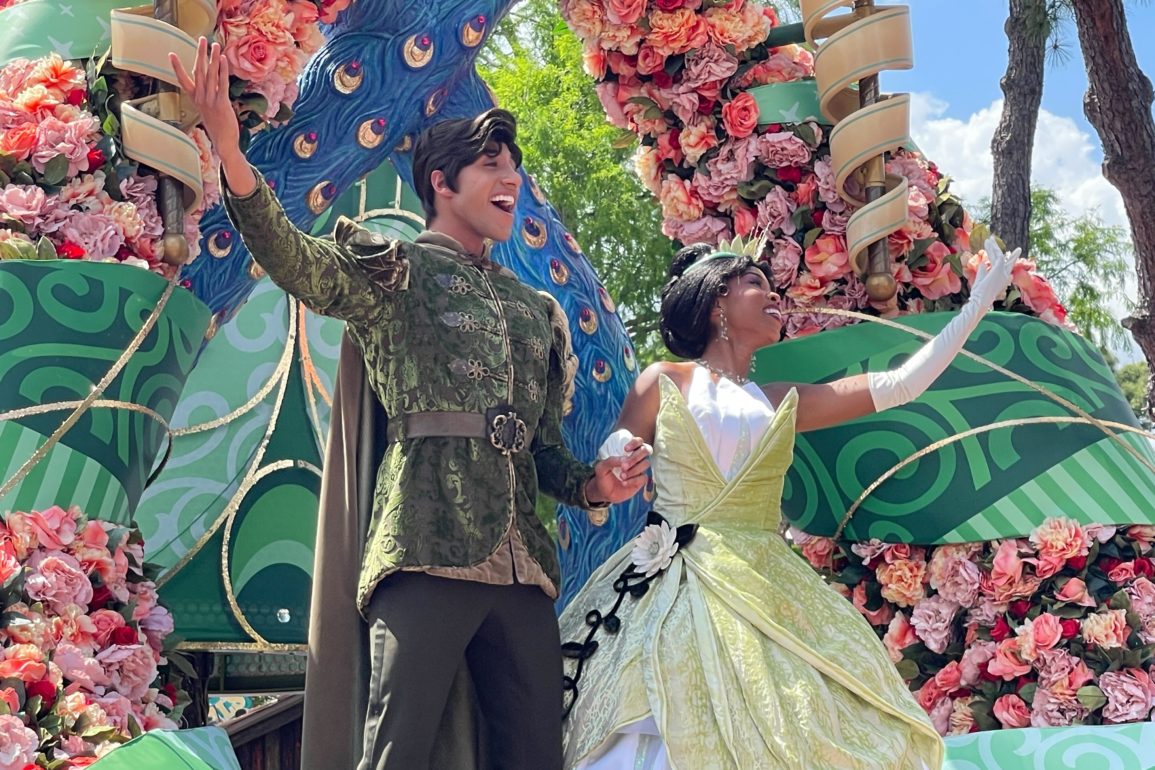 Mousesteps shared this afternoon that Tiana and Naveen had replaced Belle and the Beast during the noon performance of Festival of Fantasy parade at Magic Kingdom. We checked on the 3:00 p.m. parade to see if it was the same story.

Indeed, Tiana and Naveen were still on the front of the first float, with Belle and the Beast nowhere to be seen.

We also noted in our earlier article that this float was updated before the parade returned last month. Belle, and later the Beast, have been appearing in the parade until today.

Tiana and Naveen usually appear at the back of the float, on a rotating piece with Anna and Elsa.

Cinderella and Prince Charming appear in the center of the float, also on a rotating piece.

Their rotating piece was functioning, showing Cinderella’s pink dress on the other side.

The final section of the float was not spinning today, leaving Anna and Elsa always facing backward.

No characters took Tiana and Naveen’s place on the other side of this spinning section, but it still resembles the New Orleans bayou, complete with Ray the firefly.

The exact reason for the switch is unknown. It’s possible the float is broken, and Disney opted to move Tiana and Naveen to the front rather than cut them, for the sake of inclusion. It may also be that no Belle and Beast performers were available for today’s performances. We will continue to check on the parade in the next few days, stay tuned for updates.

Previous
Construction Underway on Side of Tomorrowland Light & Power Co. in Magic Kingdom