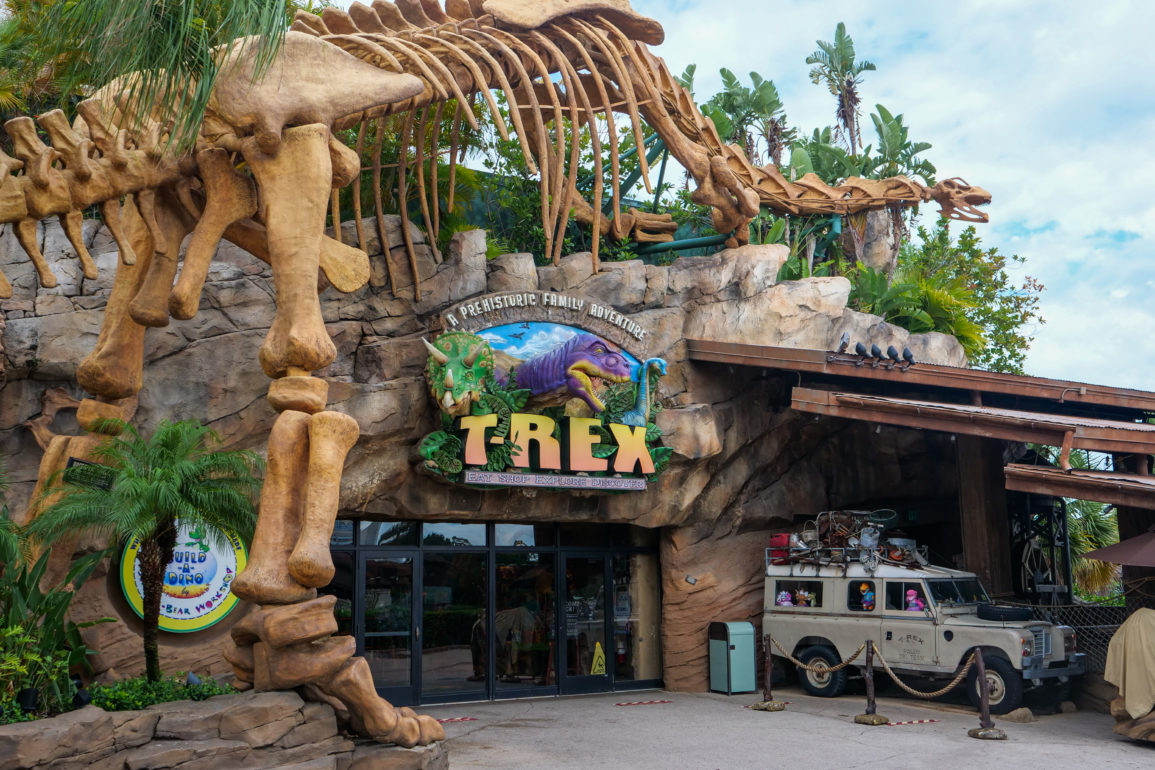 Florida Mother Gets Too Drunk at T-Rex Cafe in Disney Springs, Gets Hospitalized, and Abandons Child

A child waited alone at a Disney Springs restaurant bar last month after his mother got drunk and abandoned her child. Restaurant employees became concerned about the child and contacted law enforcement, who tracked down his missing mother. She was so intoxicated that she had been taken to a nearby hospital, according to a new sheriff’s report.

The mother, Rosanna Nancy Mezarina Meza, 42, of Clearwater, was arrested for child neglect.
The report doesn’t state the age of the child.

Mezarina and her son sat down together at the bar at the T-Rex Cafe around 8:45 p.m. on April 16. She ordered two Grey Goose vodka drinks that evening, her arrest report said.

Within 30 minutes of arriving at T-Rex, Mezarina asked the bar’s staff if she could leave her son there so she could go back to her car and get her credit card. She came back 10 minutes later. Then, she told the staff she was going back to her car a second time to get her credit card again. Only this time, she didn’t return. It took about an hour to figure out where Mezarina was.

Eventually, authorities pieced together Mezarina’s whereabouts. After leaving T-Rex Cafe the second time, she was “severely intoxicated” at the Lime parking garage. Reedy Creek first responders took her to the hospital in Celebration.

Mezarina was mostly asleep and didn’t ask for her child at the hospital, the report said, adding she had briefly mentioned she lost her son before she was transported to the hospital.

We reached out to Mezarina’s attorney for comment to tell her side of the story, but we did not immediately hear back.

The child said he and his mother spent the day at the Hilton Orlando before going to the restaurant.

The child had been left on his own before, the little boy told authorities. When the child stayed with his mom on Wednesdays and weekends, she sometimes left him home alone to work driving taxis, he said, according to the report.

Last week, Mezarina pleaded not guilty to child neglect, a third-degree felony. According to Orange Circuit Court records, her trial is scheduled for August 15. She is currently being held in jail, Orange County Corrections Department’s online inmate database showed.

“It should also be noted that (Mezarina) is currently on Felony Probation in Clearwater for Child Neglect until 2024. Special conditions of (her) probation include no bars as well as no alcohol,” the sheriff’s report said.

For her previous offense, Mezarina was celebrating her son’s birthday at T-Rex Cafe on January 14, 2021.

“It’s an amazing place,” Mezarina said in a nearly 30-minute Facebook Live video. “My son makes me drive two hours every time he wants to come here. He adores this place.”

Later that night, Mezarina was arrested for DUI and child neglect in Polk County after authorities said she drove her Ford-150 pickup 34 miles an hour on Interstate 4 without her headlights on, according to a partially redacted Florida Highway Patrol arrest report that added she failed her sobriety test.

It’s the second time WDWNT has recently reported on a disturbing incident involving children.
A Brazilian tourist was arrested last month and charged with child abuse after he beat his five-year-old adopted son at Hollywood Studios, according to an arrest report. The child, who has autism, had wanted the man to buy a lightsaber for him and bit the man when he refused, so the man started hitting the child, the report said.