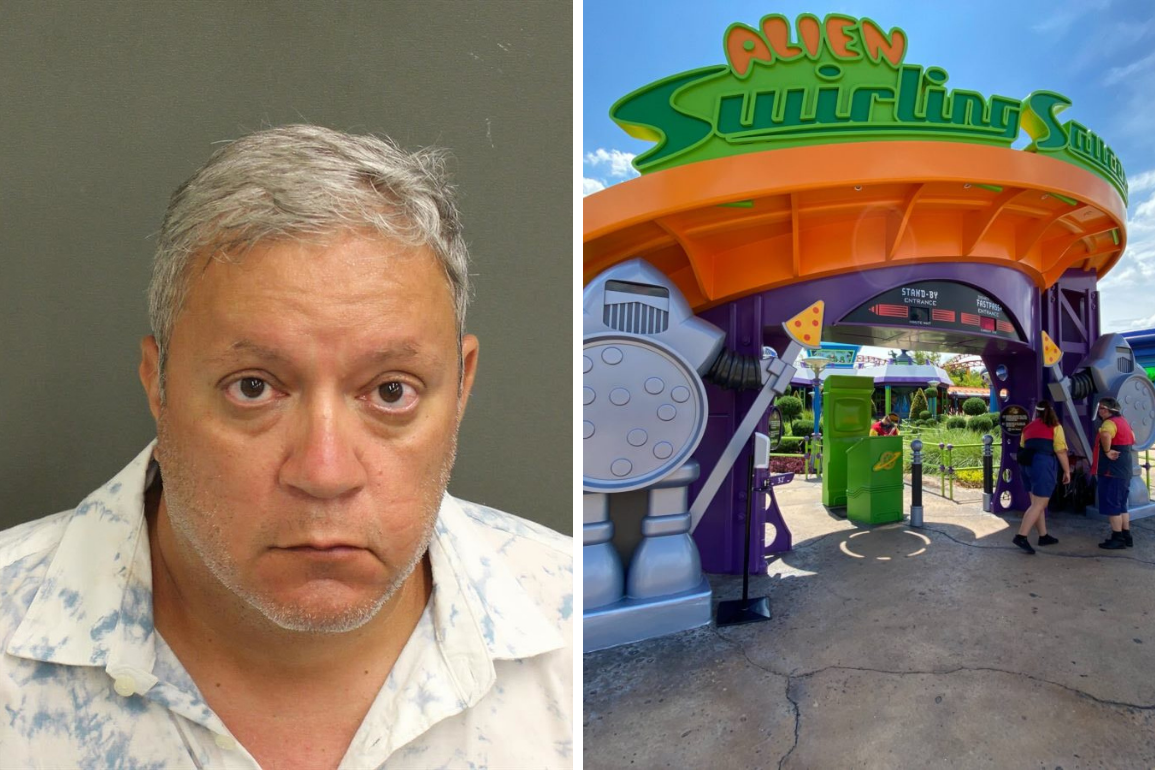 A police detective vacationing with his family at Walt Disney World intervened to stop a tourist from beating his 5-year-old child at Disney’s Hollywood Studios last month, according to court records.

The tourist, Fernando Cunha, 49, who is from Brazil, was arrested on April 27 and charged with felony child abuse after he repeatedly struck his adopted son who has autism.

The child was upset because he wanted a “lightsaber-type sword” and Cunha wouldn’t buy it, Cunha told authorities. The child bit Cunha’s arm and that’s when Cunha said he hit the child to stop the boy from biting him further. Cunha said he was kneeling on the child to control him.

Tyler White, a detective for Mississippi’s Southaven Police Department and an FBI task force officer, heard the boy’s cries from behind the souvenir ID tag machine by the Alien Swirling Saucers ride in Toy Story Land. White saw Cunha’s arm swinging in a striking motion and saw Cunha holding the child down on the ground.

“No!” Cunha yelled, pointing his finger at White, according to the sheriff’s report.

Another person arrived and spoke to White, although the arrest report is partially redacted.
“Tyler explained that he was a police officer and that he would not allow Cunha to leave until law enforcement arrived to conduct an investigation,” the report said.

Tyler White told the Orange County Sheriff’s Office “the type of beating he observed could not be mistaken for ‘corporal punishment’.” Tyler went on to state that the beating was excessive.

She saw Cunha strike the child’s head and face multiple times with both an open and closed fist while the child screamed.

“Chelsea advised that the child was trying to get away from Cunha. When asked how many times Cunha struck the child, Chelsea stated she saw Cunha knee the child two times and strike the child with his hand/fist three times,” the arrest report said.

Cunha has pleaded not guilty, according to Orange Circuit Court records.

His attorney did not immediately respond to a request for comment. White said Monday he was unable to comment.

White, whose job is to investigate child abuse cases, has been honored before in Mississippi.

“Detective White was recognized today for the outstanding work he has done investigating and prosecuting child abuse cases. It is one of the toughest jobs, as a Detective,” the Southaven Police Department announced, calling him the team member of the year in 2020. “Detective White is an asset to the Southaven Police Department and our City, and we could not be more proud to call him one of our own.”

Next
New Pandora – The World of Avatar Apparel, Loungefly Backpack, and More Available on shopDisney for 5th Anniversary