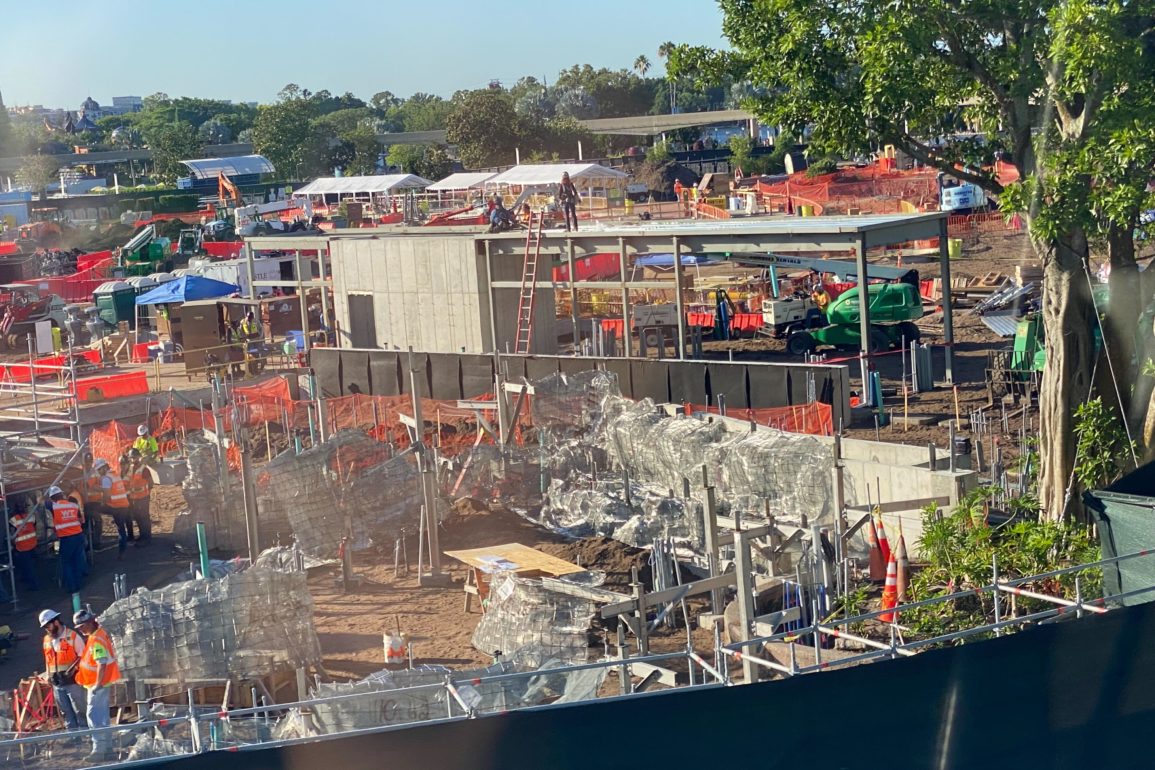 Crews have begun installing more faux rockwork throughout Journey of Water Inspired by “Moana,” an upcoming attraction at EPCOT.

The rocks are formed with wire mesh material. They can now be seen along one of the shorter structures and in the space between full structures.

The first rockwork was formed around a larger concrete wall, which is currently surrounded by scaffolding. Poles sticking out of the ground help support some of the rocks.

We also noticed a crew member standing atop the awning-like structure in the background.

In the foreground, several small concrete blocks are clustered on the ground.

In the back left, we can see the steel tower that, though installed a few weeks ago, hasn’t seen much work.

Rockwork has yet to be added to this concrete structure but the dirt around it has been significantly flattened.

Concrete walls are just barely visible in a trench behind the construction walls.

In the foreground, some scaffolding sits in a concrete structure partially in the ground.

An excavator parked next to it has been clearing dirt from around it.

There is no announced opening timeframe for Journey of Water Inspired by “Moana.”