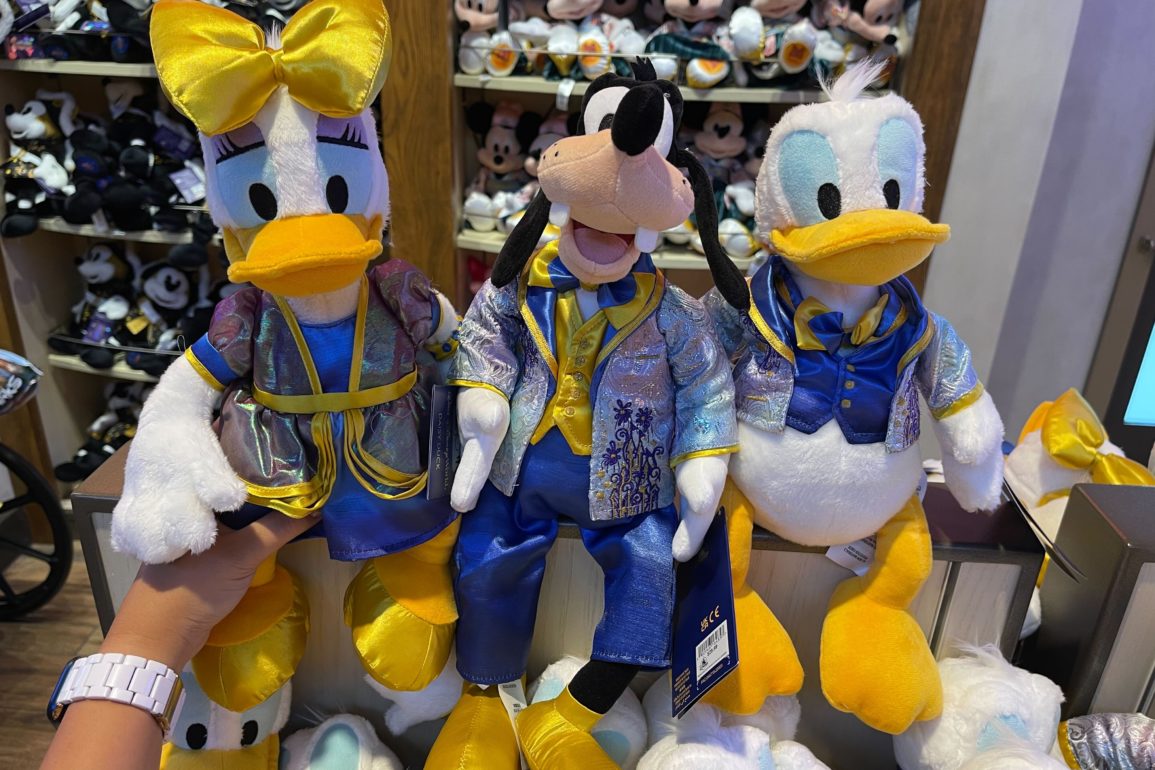 We first found these plush in World of Disney at Disney Springs.

Daisy is wearing a blue dress with EARidescent layers and golden trim.

She has a gold hair bow.

Instead of her usual teal bracelet, she has a gold bracelet with blue fabric gems.

She has a white ponytail.

One of her golden shoes has the 50th anniversary logo printed on the bottom.

Donald wears a blue waistcoat, a blue and gold bowtie, and an EARidescent embroidered jacket.

There are no plastic pieces on these plush. For example, the buttons of Donald’s waistcoat are just gold embroidery.

His jacket is embroidered with Cinderella Castle in purple and gold.

He also has the 50th anniversary logo on the bottom of his foot.

Goofy is wearing a similar jacket, with a gold waistcoat, blue pants, and gold shoes.

He also has a gold and blue bowtie.

The castle embroidery is a bit easier to see on his jacket.

The back of the jacket has a paisley design.

He has the 50th anniversary logo on the bottom of his shoe.

Will you be bringing home one (or all) of these plush? Let us know in the comments.

Previous
New Jersey Brothers Get Drunk and Kicked Out of EPCOT, Flee Across Crescent Lake Resorts