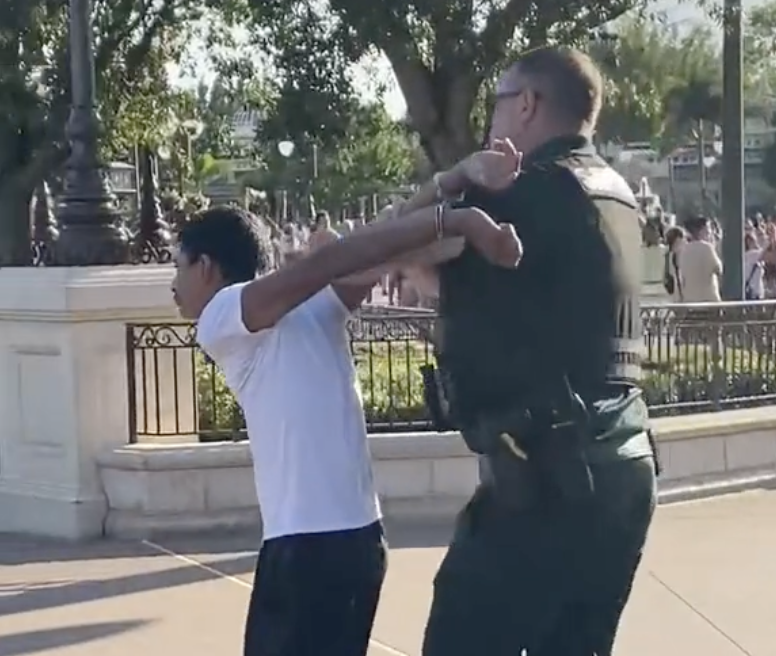 Police Handcuff and Escort Young Guest Out of Magic Kingdom

Curling wrote, “A magical day at Disney world arresting a child.” In the video, the young man is handcuffed, with his arms straight out behind him, and an officer is leading him down a path of the Magic Kingdom Hub. Cinderella Castle and the Adventure Friends Cavalcade are visible in the background.

A line of Disney security Cast Members encircle the officers as they search the young man.

Curling and her partner later shared a video clarifying they do not know why the person was being arrested nor whether or not they were actually a child. Another man, possibly his father, was also arrested. Both were searched, specifically in their shoes and socks, and the guest’s arms were pulled backward because he was resisting arrest. Security ordered other Cast Members to form a barrier between the arrested guests and the rest of the parkgoers to keep them out of sight. The line at a nearby snack cart was also cleared to make space. In the comments, Curling stated that this happened at approximately 6:30 p.m. on Monday, May 9.

This is a developing story and we will share more information if it comes to light.