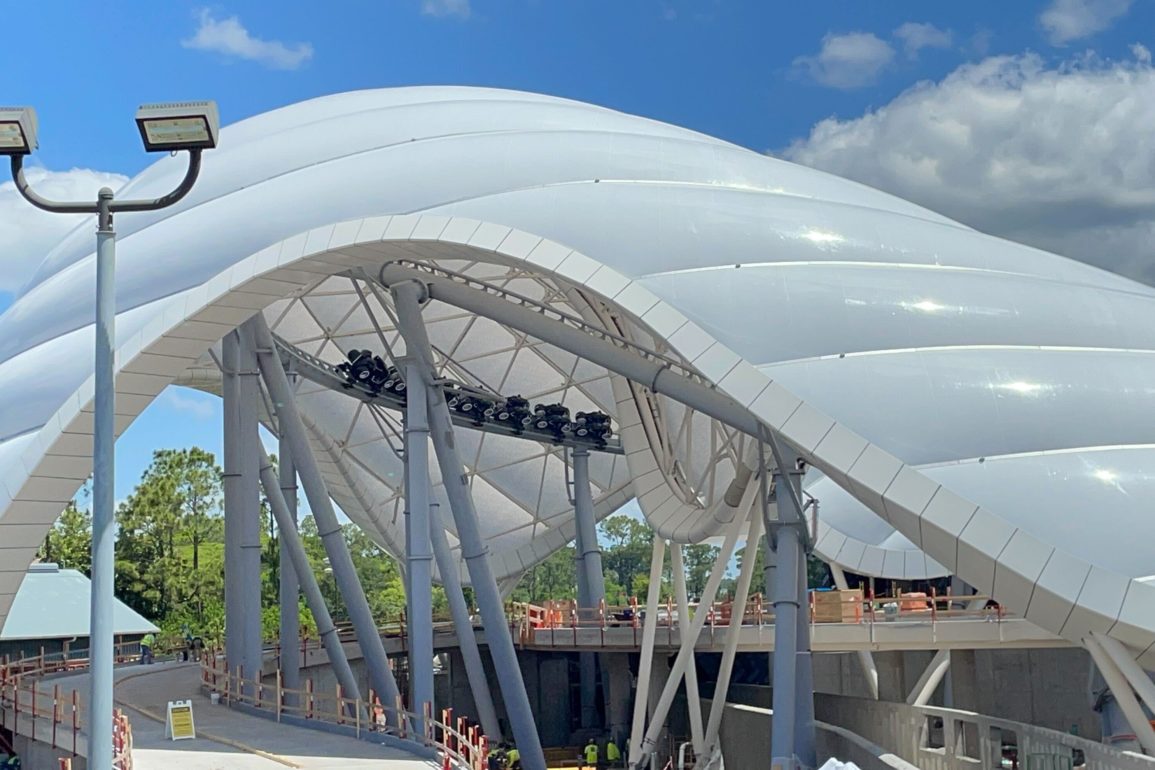 We could see a train of lightcycles high on the track this morning from Storybook Circus.

From the Tomorrowland Transit Authority PeopleMover, we could see the train moving through the curve.

This train does not have an envelope around it, which is used to check clearance, making sure guests won’t hit anything. A roller coaster train envelope was tested last year and one was attached to the train tested in March.

Push-pull testing means trains are slowly dragged through the entire track of the coaster. Once Imagineers know the track is ready, the trains will begin launch tests at incremental speeds, working up to full-speed launches with test weights.

Watch our video of the testing below.