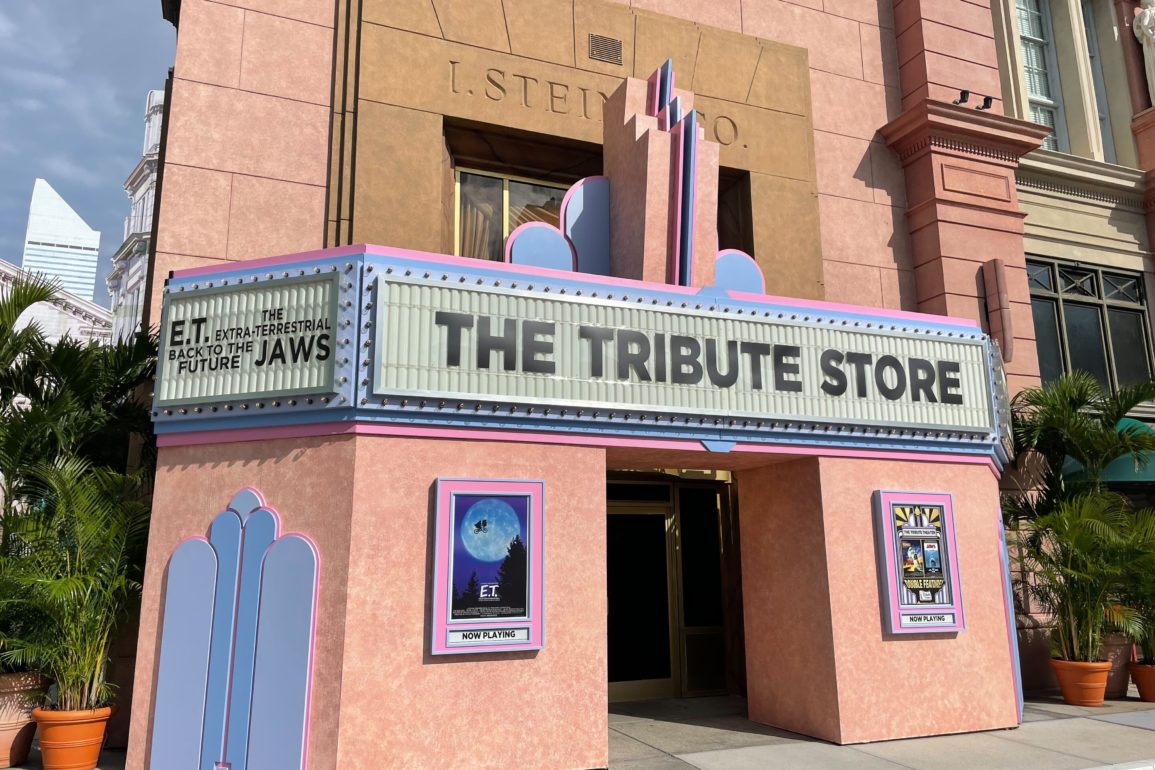 New details have been added to “The Tribute Theater” façade of the summer Tribute Store at Universal Studios Florida. It’s been rumored that the store would be inspired by “Jaws,” “Back to the Future,” and “E.T.” The new details confirm this rumor.

The sides of the light-up marquee now have the names of the three classic films.

The theater façade is pink, blue, and purple.

There are now two posters on the front.

The other poster advertises a double feature of “Back to the Future” and “Jaws” at The Tribute Theater.

It has the posters for both films, with a starry logo for The Tribute Theater at the bottom.

Merchandise that debuted at Universal Studios Hollywood last week will likely be on the shelves of the tribute store. U-Design Kiosks have also already added designs featuring the three iconic movies.

Watch our video of the façade below.

Are you excited for the summer Tribute Store to open soon at Universal Studios Florida? Let us know in the comments.