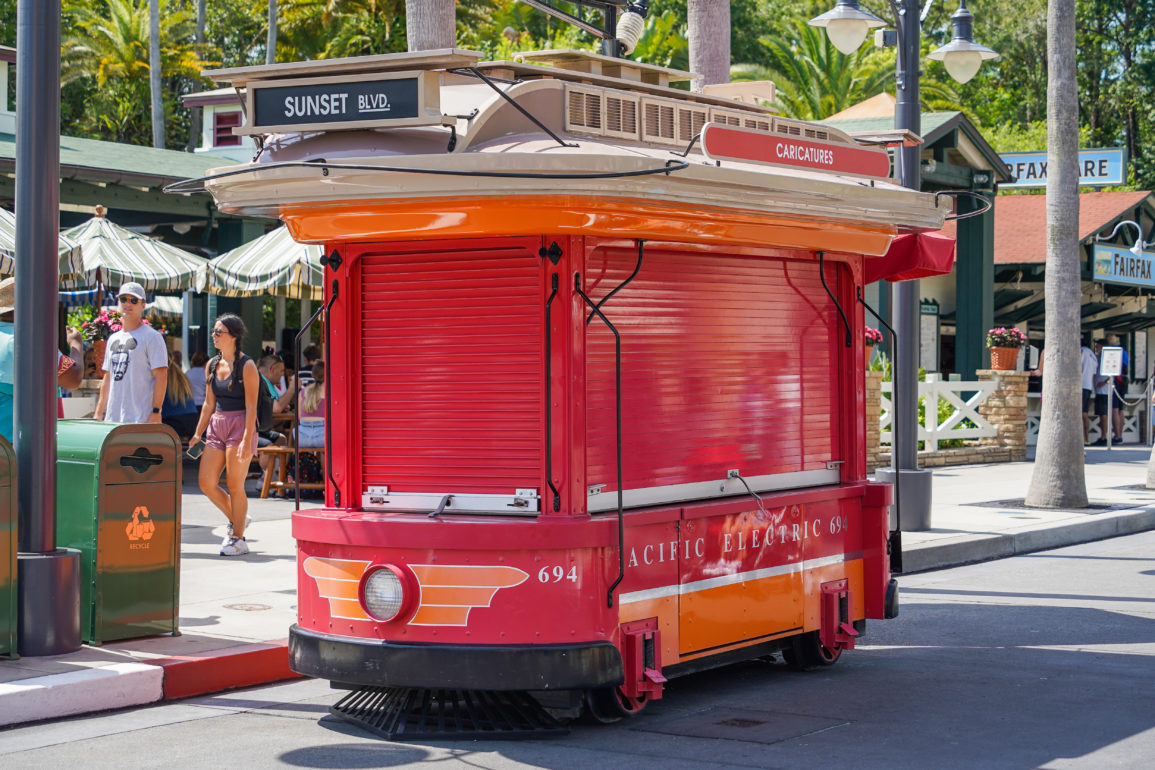 The trolley-shaped kiosk inspired by the old Pacific Electric Railway of Los Angeles is back on Sunset Boulevard in Disney’s Hollywood Studios.

This kiosk is a small-scale version of a red trolley car and was once used as a merchandise stand called Trolley Gifts starting back in 1994 when Sunset Boulevard opened. The 694 on the front is a nod to when it opened in June of that year.

The kiosk was closed as of at least September 2020 and vanished entirely sometime after.

It was closed today, too, but the signs on the sides have been updated.

The red signs now read “Caricatures” so we can expect a caricature artist to be available here soon.

A red umbrella is next to the trolley. This is likely where the artist and guest will sit, while examples of caricature art will be on display on the trolley. Given the umbrellas presence, we suspect it will open very soon.

Here’s an older photo of the trolley when it was open. The red signs used to list destinations, such as Gower Echo Pk. and Melrose Ave.