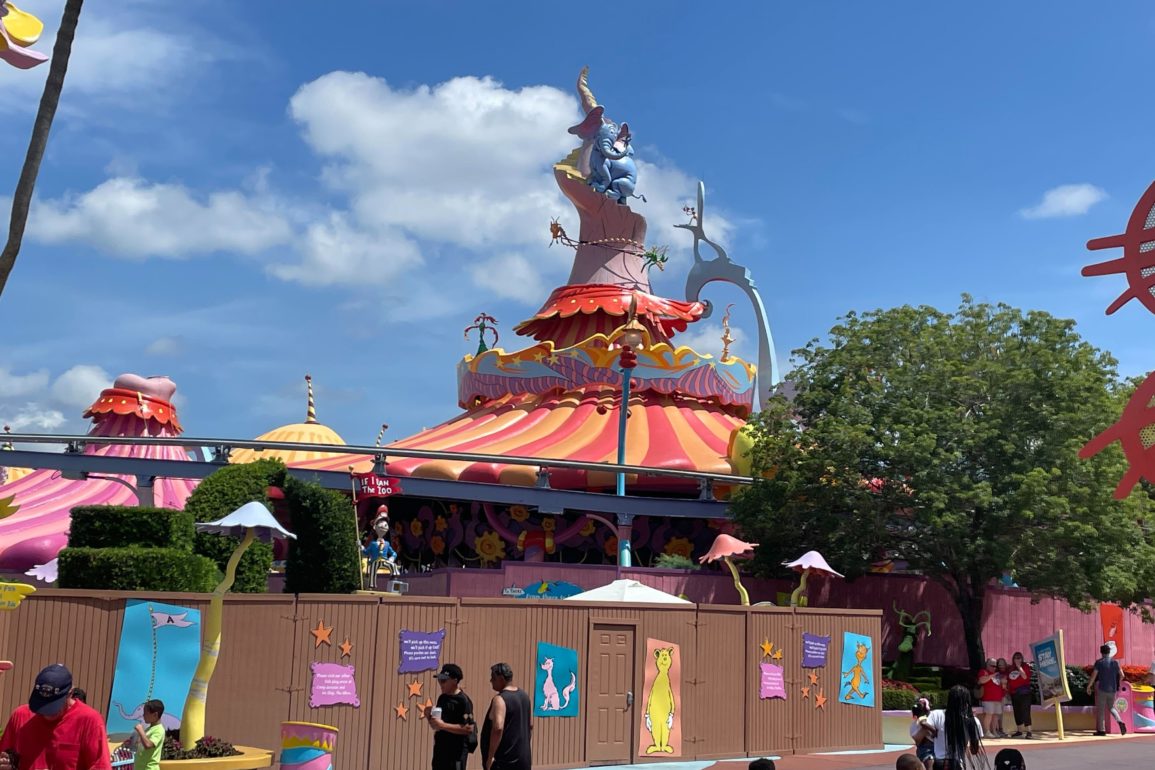 Greetings from Seuss Landing! The renovation of the Caro-Seuss-el is still ongoing at Universal’s Islands of Adventure, and in the past few days, some big changes have happened.

Since our last visit just days ago, the scrim has now been completely removed, allowing our clearest view yet at the work that’s been done.

The pink edge we saw previously seems to have been completely painted over.

The red-and-orange striped roof of the main “tent” looks fresh as a daisy, along with the circus-tent-themed border above also looks crisp and bright.

From the opposite side, we can see some of the details on the carousel.

The orange and yellow gears really stand out from the two-toned purple background.

Meanwhile, the red-and-orange piece here looks like it’s been seriously cleaned up.

The attraction is still blocked off by construction walls, but as things continue to change, it likely won’t be long before guests will be spinning around on some creatures inspired by the work of Dr. Seuss.

The same gears can be found on the other side.

The entrance remains walled off, though the signage is visible.

We spotted some construction workers on the roof of the pink “tent.”

From The High in the Sky Seuss Trolley Train Ride!, we can see even more people hard at work sprucing up the exteriors.

Below, the queue area looks like it’s getting some attention.

We spotted someone either washing or painting the queue floor.

Workers were painting the finishing touches on the pink and coral roof.

All in all, the centerpiece of Seuss Landing is looking better than it has been in a long time.