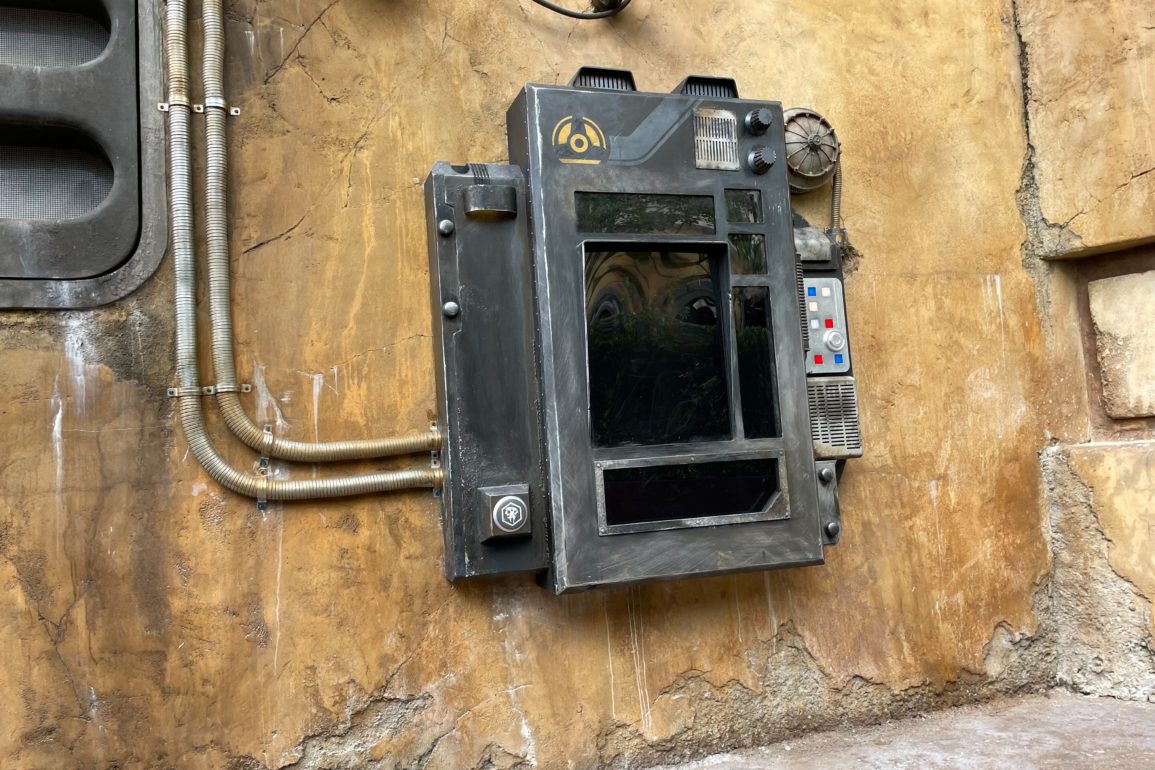 One of the exclusive experiences that will be available to guests using MagicBand+ at Walt Disney World will be a “Star Wars: Batuu Bounty Hunters” game in Star Wars: Galaxy’s Edge. There have been construction walls up around one area that will host the game, but now the walls are down, replaced with planters.

We found this console on the wall now, hosting plenty of screens and displays for those with a MagicBand+ who wish to join the hunt.

A touchpoint for the MagicBand+ is visible and already illuminated. It bears the insignia that was on the construction walls, a symbol for the game.

It’s unclear if this door beside the console will be used as well, but they did do some work to the doorway. The plaque above the door remains blank.

In this upcoming experience, guests will be able to join the Batuu Bounty Hunters’ Guild. They can use their MagicBand+, following its light patterns and haptics, to find virtual bounties and complete missions hidden throughout Black Spire Outpost. They will then return to the guild master, who will reward them with galactic credits. Guests will also be able to use the Play Disney Parks app to reveal their virtual bounties using an augmented reality thermal viewer.

MagicBand+ will launch this summer, but some bands were accidentally sold earlier this year. Though all of the band’s features are not available yet, we have been able to interact with the Disney Fab 50 Character Collection Statues already.