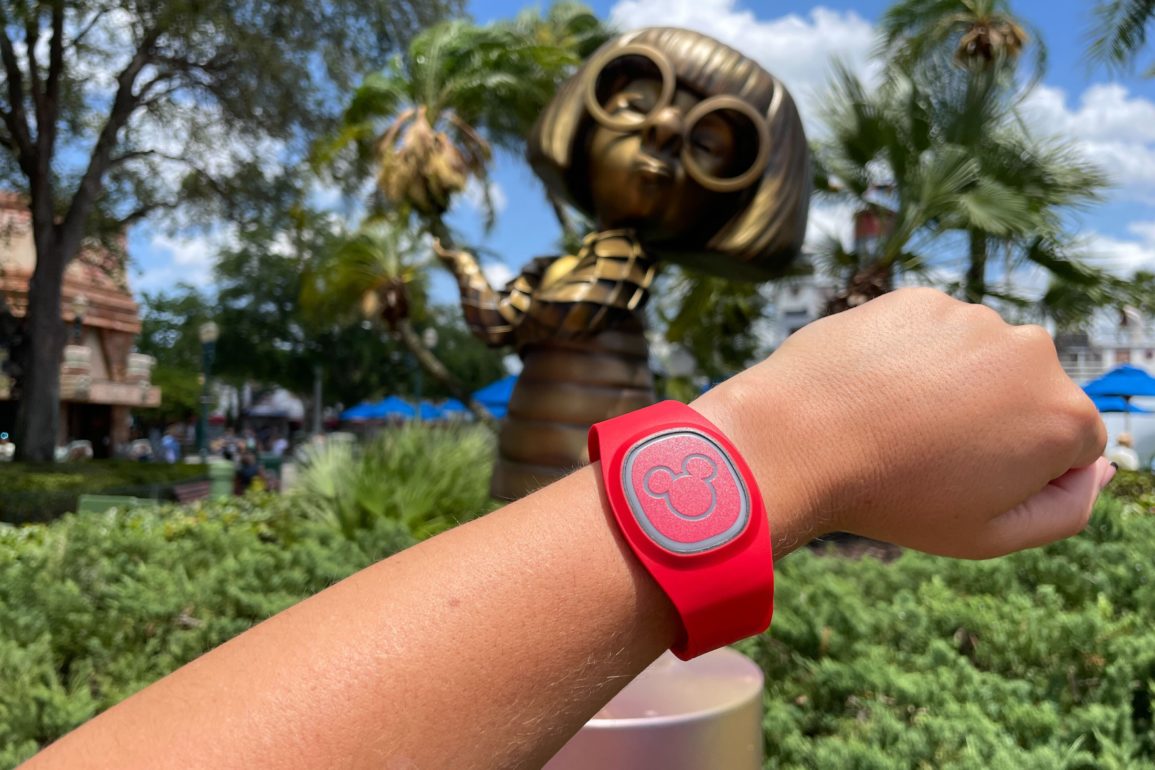 We snagged a MagicBand+ when it was accidentally released early, and now we’re starting to see the slow rollout of effects for the Fab 50 character statues throughout Walt Disney World. We already completed this quest at EPCOT and Magic Kingdom, now we’re taking our MagicBand+ around Disney’s Hollywood Studios. Check out our video tour, or keep reading for a full recap of our experiences!

When walking around the parks with your MagicBand+, you may feel a vibration when you get within range (approximately ten feet) of a Fab 50 statue. At the statue of Flounder and Sebastian, we were at approximately this spot in the photo above when our band reacted. We then waved at the statue and heard splashing sounds. With another wave, we heard music reminiscent of the score of “The Little Mermaid.” The final sound we heard was some general jazzy music that you might hear when walking around Disney’s Hollywood Studios.

As you might expect, the BB-8 and R2-D2 statues make various beep and boop sounds as you wave at them.

We got several phrases out of the Bo Peep and Woody statue, though all were by Bo Peep and not the Sheriff. She recites the following lines from “Toy Story 4.”

Frozone, on the other hand, has plenty to say. In addition to the freezing sound his powers make, we heard him laugh and say, “Just like old times!” He also says, “I’ll be there ASAP,” “I’m good,” and “Good to see you.” He also shouts “Freeze!” and “Look out!”

Each individual sound or phrase can be heard after waving your arm at the statue. We had to wave really aggressively to get some effects to play, but it’s unclear if that is because MagicBand+ wasn’t supposed to debut yet or if this is how the effects will actually activate.

As we learned at the other parks, if you stay in one spot, roughly thirty seconds to a minute passes before each vibrating alert. Unfortunately, this could lead to backups of guests trying to hear every audio effect. Three vibrations will signify a statue is nearby, while a single vibration will signify that a sound effect is coming. After the effect plays, two vibrations let us know we could try for another effect.

Which effect at Disney’s Hollywood Studios is your favorite? Share your thoughts in the comments!