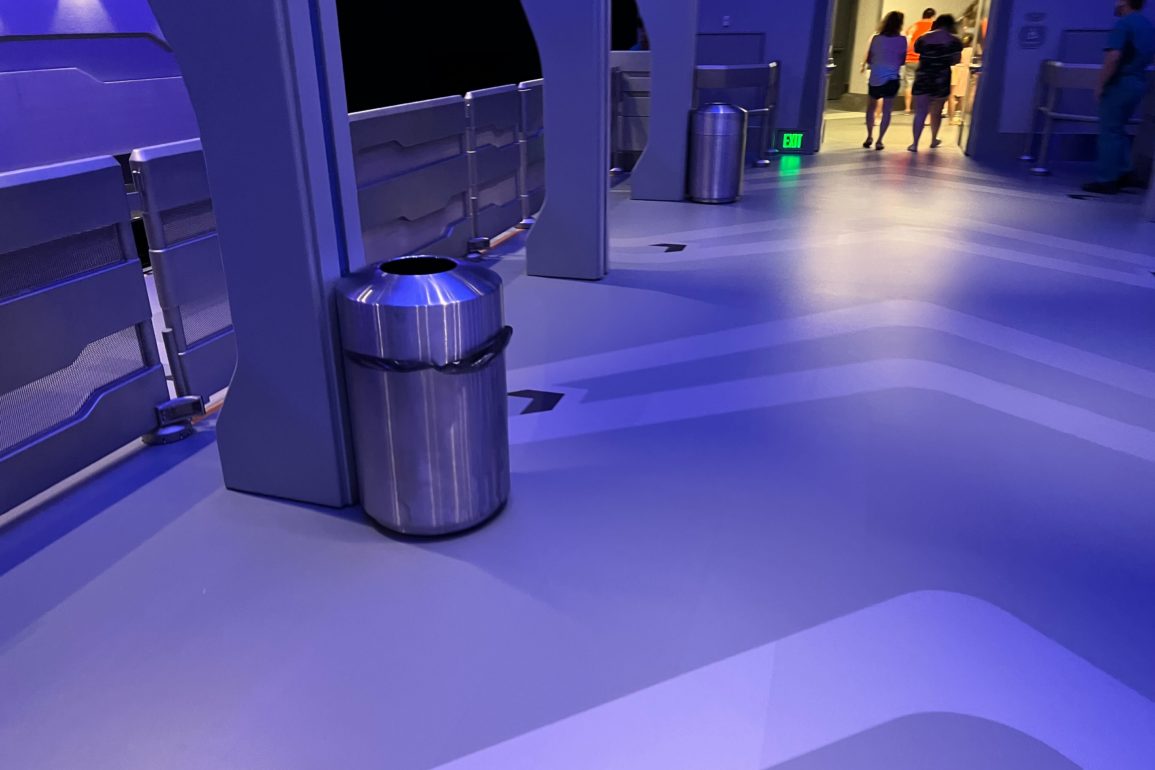 Nearly a month after Guardians of the Galaxy: Cosmic Rewind officially opened to the public, Disney has installed additional garbage cans at the ride’s unload station as complaints about motion sickness continue to compound from guests.

Even during previews, the attraction quickly gained a reputation for causing motion sickness among guests due to its backwards launch and spinning around while on the coaster track. We’ve witnessed many guests resting inside Connections Eatery or on planters just outside the ride, complaining of sickness from the ride.

Garbage cans are located on both sides of the unload station in close proximity to disembarking guests. Two are installed per side.

It’s still a bit of a small target for potentially sick guests to hit. Motion sickness bags are also handed out by Cast Members to any guests exiting the ride who appear to be unwell.

What are your thoughts on this addition? Let us know in the comments below!