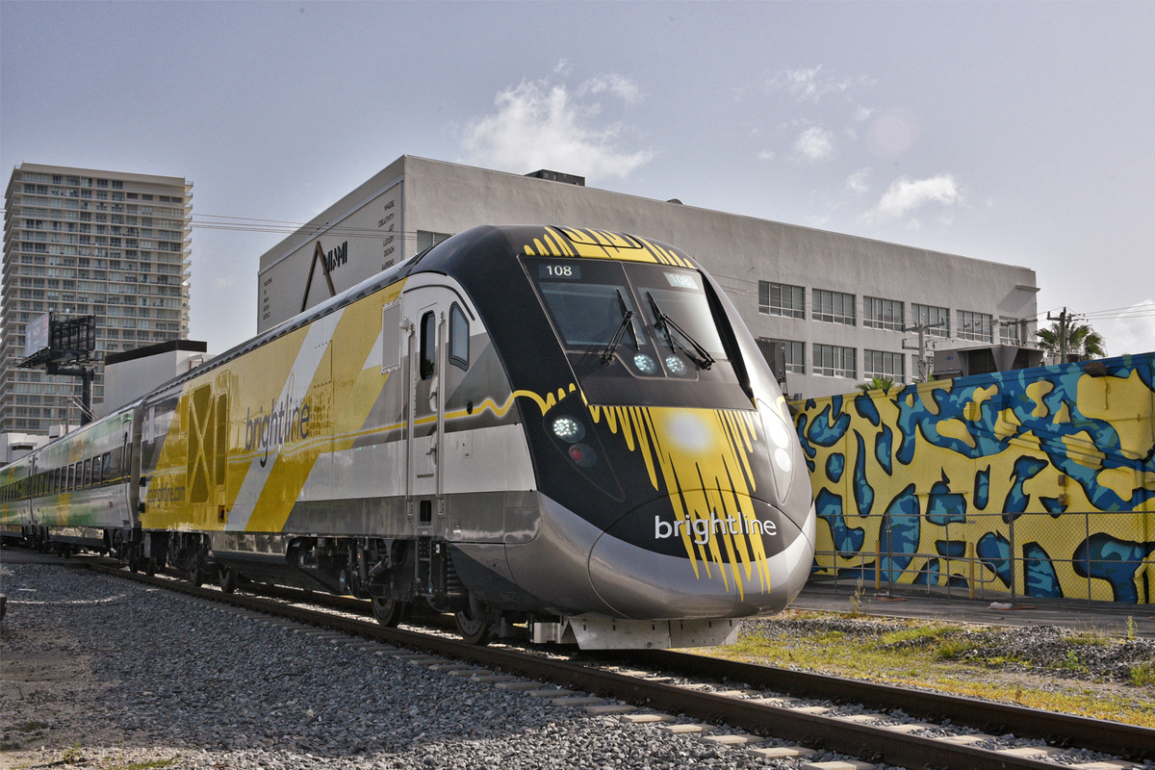 A Disney representative confirmed today that the Brightline high-speed rail station set to open at Disney Springs has been canceled.

The station, set to connect Walt Disney World to Orlando International Airport and Tampa by high-speed rail, was confirmed cancelled by the Orlando Business Journal.

Originally, the route was set to bypass Orlando to the south and travel straight to Walt Disney World before following I-4 to Tampa. But lobbies in the city including business associations along International Drive and Universal Orlando Resort pushed for a station along the tourist corridor at the Orange County Convention Center, across from the upcoming Epic Universe park, before continuing on to Walt Disney World.

As a result of this change, it is believed, Disney has cancelled their plans and the train will proceed directly from International Drive to Tampa.

Walt Disney World spokesperson Avery Mather stated “As many people who are involved in this project are aware, the new route configuration does not support a Disney Springs station and as a result, we don’t anticipate being part of this project.” Brightline representatives were not available for comment.

Brightline is currently working on plans to connect Tampa and Orlando by high-speed rail, with a stop planned at the Orange County Convention Center, across from Universal Orlando Resort’s upcoming Epic Universe park. Running along the I-4 corridor, the train was set to connect to Disney Springs and allow access to Walt Disney World.

Are you disappointed by this? Let us know in the comments below.