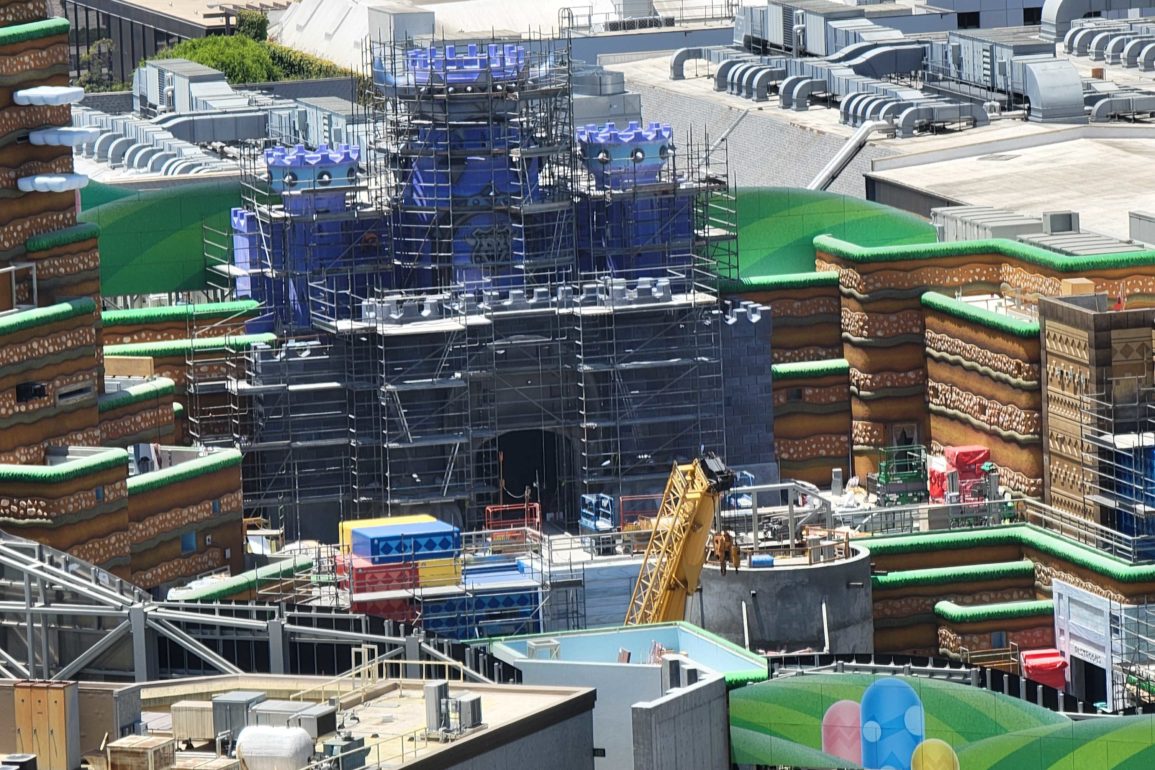 Universal Studios Hollywood has been hard at work to get Super Nintendo World ready to open in 2023. In this construction update, we see the nearly complete structure of Bowser’s Castle and the menacing sign above the castle entrance. Do you dare to enter?

The progress on Super Nintendo World can be seen on the escalator between Universal Studios Hollywood lots. Our last update saw the addition of stones to Bowser’s Castle.

Crews can be seen working on the pipe entrance between Super Nintendo World and Transformers: The Ride 3D. Scrim still covers most of the tunnel from view.

Piranha Plants wrapped up in plastic top the blocky landscape, ready to make their snappy debut.

The once large construction crane is now visibly smaller. Scaffolding remains over the top portion of Bowser’s Castle. The stones are in place and the painting is complete. The decorations for Bowser’s Castle appear to be nearly complete.

Bowser’s spooky symbol appears over the front entrance to the castle, along with torches and some spiky details.

Lastly, crews removed the scaffolding from the blocky tower but the various slots and holes indicate more moving clouds and pop-ups have yet to be added.

Universal Studios Hollywood has also released footage from Mario Kart: Bowser’s Challenge. This is to be one of the main attractions at Super Nintendo World. Watch the footage here!

Are you excited for this new area? Let us know in the comments!

Next
House Concepts Unveiled for ‘Cotino’, The First Storyliving by Disney Community