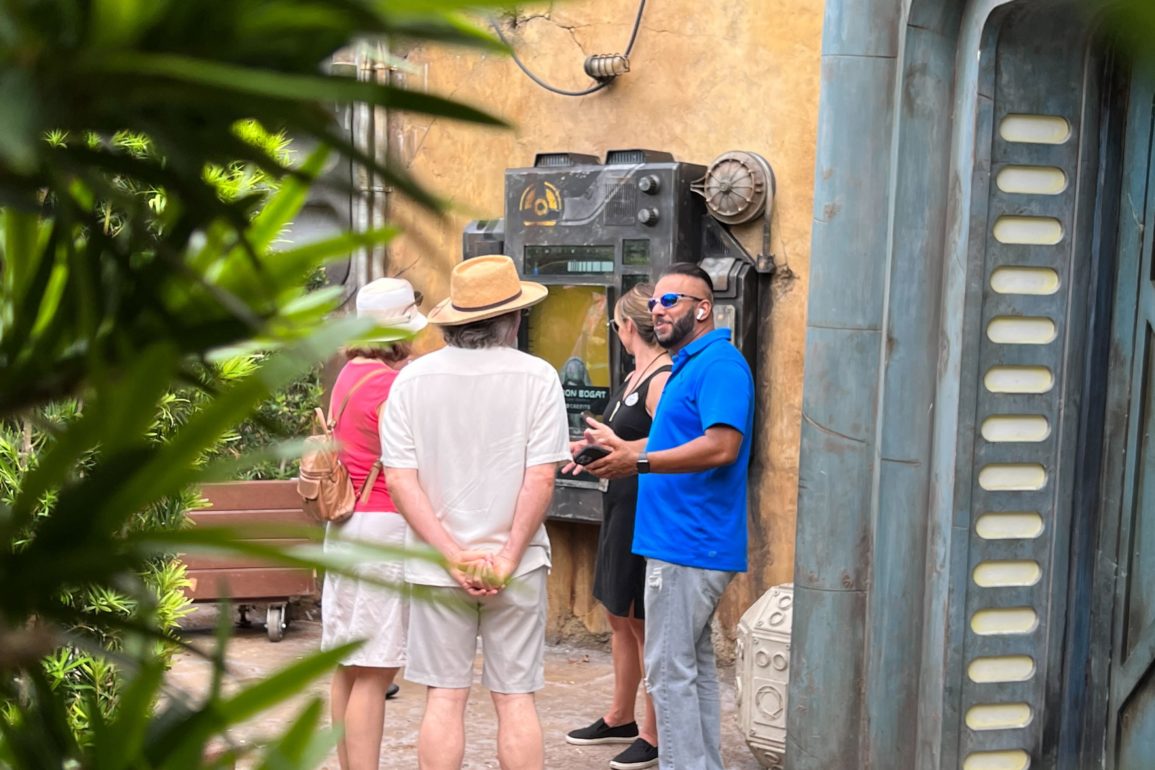 The game station in Star Wars: Galaxy’s Edge is still blocked off with rolling planters. We’ve caught glimpses of instructions and jobs on the station.

A “private” sign was up at an entrance between the planters. Guests have been selected to test MagicBand+.

Cast Members were explaining the game to guests and getting feedback.

The guests were given “Star Wars” versions of MagicBand+ for the test that looked similar to the Star Wars: Galactic Starcruiser bands. They were not Starcruiser guests, however. We were told the game would open at the end of summer, which lines up with the announced timeframe for the release of MagicBand+.

We got try MagicBand+ bands earlier this year when it was accidentally released early.