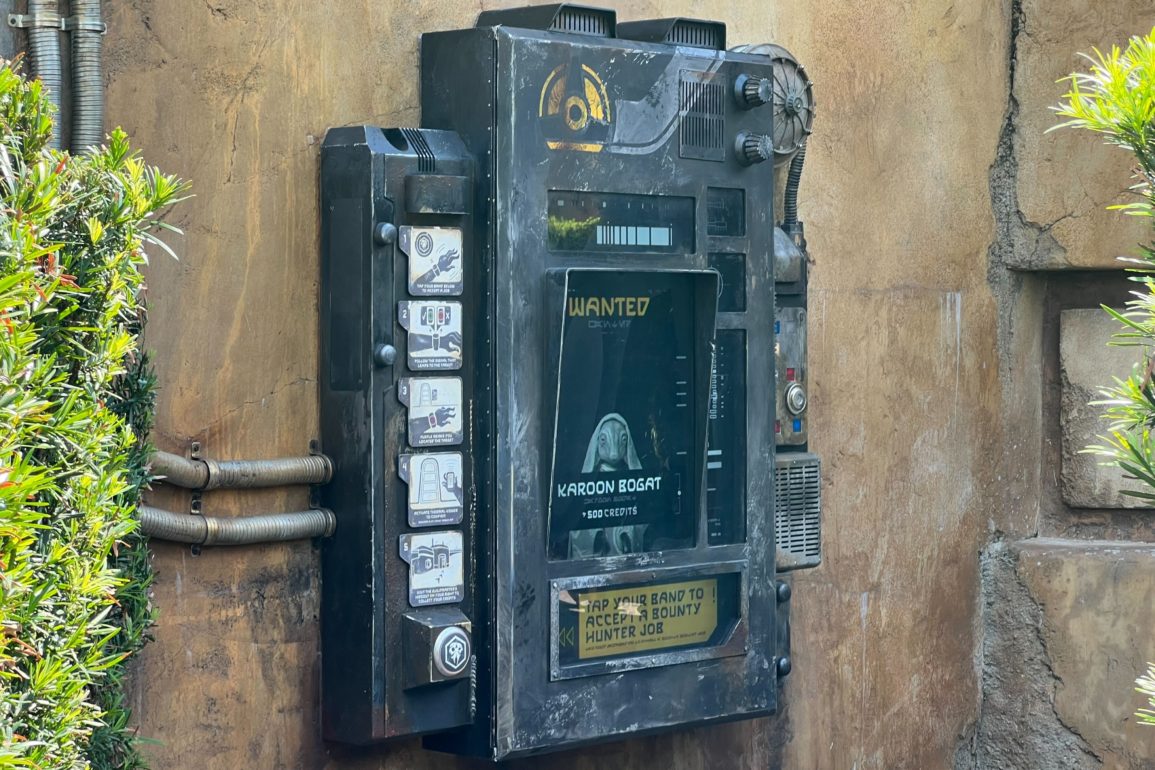 We’ve been keeping an eye on the station for the upcoming “Batuu Bounty Hunters” MagicBand+ game at Star Wars: Galaxy’s Edge in Disney’s Hollywood Studios, and today we spotted hunter jobs visible on the newly-activated screen.

The game station is still behind a wall of planters, as the game and MagicBand+ are not currently available to the public.

Today, instead of the “system unavailable” screen we’ve been seeing, a “wanted” display for a bounty was up. A triangular creature called Topi Topi had a bounty of 1900 credits available. The display below the selection screen reads, “Tap your band to accept a bounty hunter job,” with arrows pointing to the touchpoint.

In between bounties, the screen featured an unknown symbol.

A bounty was posted for Karoon Bogat for theft and evading arrest with a reward of 500 credits.

We spotted another wanted ad for Jaga Badur for counterfeiting and evading arrest. The reward was 575 credits.

A bounty for the droid SE-5 (wanted for property damage and more) for 675 credits was also displayed.

We also caught a glimpse of the wanted ad for Edmo Ectaclee, an alien with an 875 credit bounty for gambling debts, racketeering, and theft of Dok-Ondar’s gold-plated ark.

Players will earn credits for completed hunter jobs. It’s unclear at this time what, if any, real-world translation those credits will have.

Are you looking forward to playing Batuu Bounty Hunters at Disney’s Hollywood Studios? Let us know in the comments.