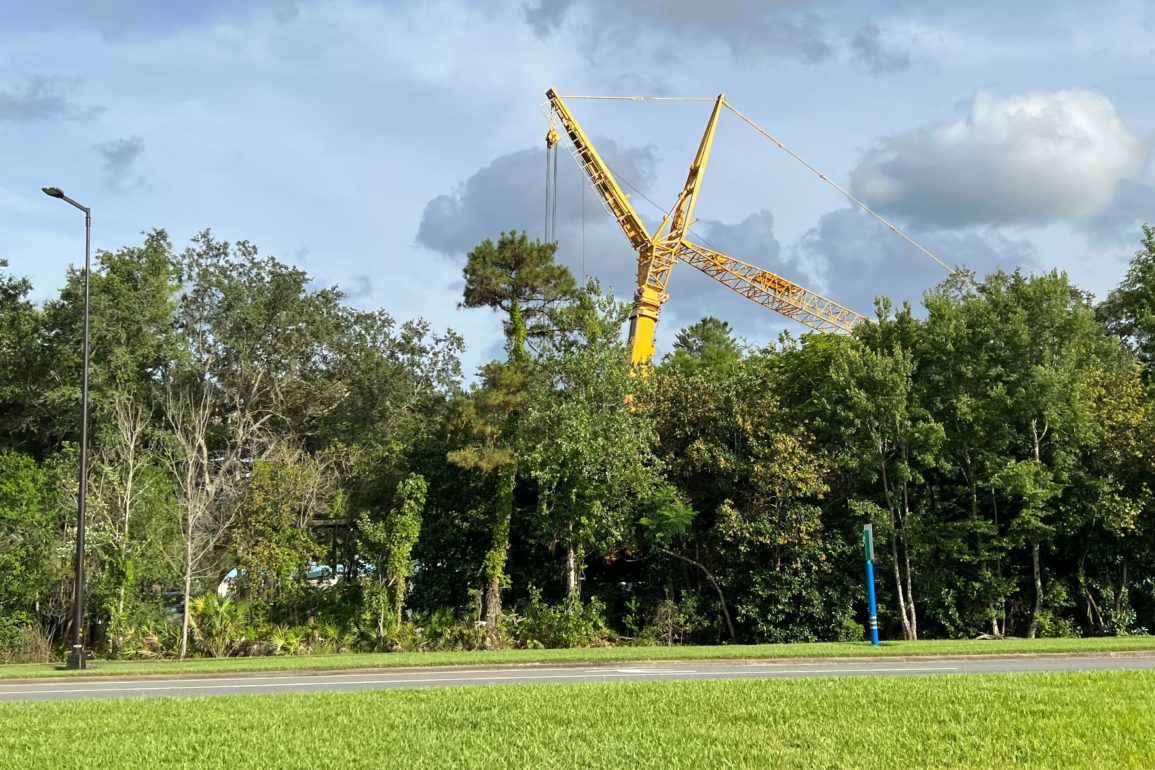 While driving past the still-closed Blizzard Beach today, we spotted a towering yellow crane above the site, in line with permit filings we first reported on in April.

The tall crane is different from the disassembled red crane we spotted in the parking lot last month. Disney did not announce exactly which rides are receiving refurbishment. The laydown yard indicated in the permits is closest to Runoff Rapids on the Red Slopes and Downhill Double Dipper, Snow Stormers, and Toboggan Racers on the Purple Slopes.

Permit filings from last month also indicate that a new attraction could be on the way to Blizzard Beach. The permit is to “Install show items.” The contractor is Brilliant Fabrication, which has worked on other theme park projects, including Guardians of the Galaxy: Cosmic Rewind. It’s possible the show items are for a pre-existing attraction, or Blizzard Beach could get a new attraction entirely.

Disney’s Blizzard Beach closed for its annual refurbishment earlier this year. It was originally scheduled to reopen in March, but this was extended to May and likely further, with no end in sight as of yet. Typhoon Lagoon remains open to guests.