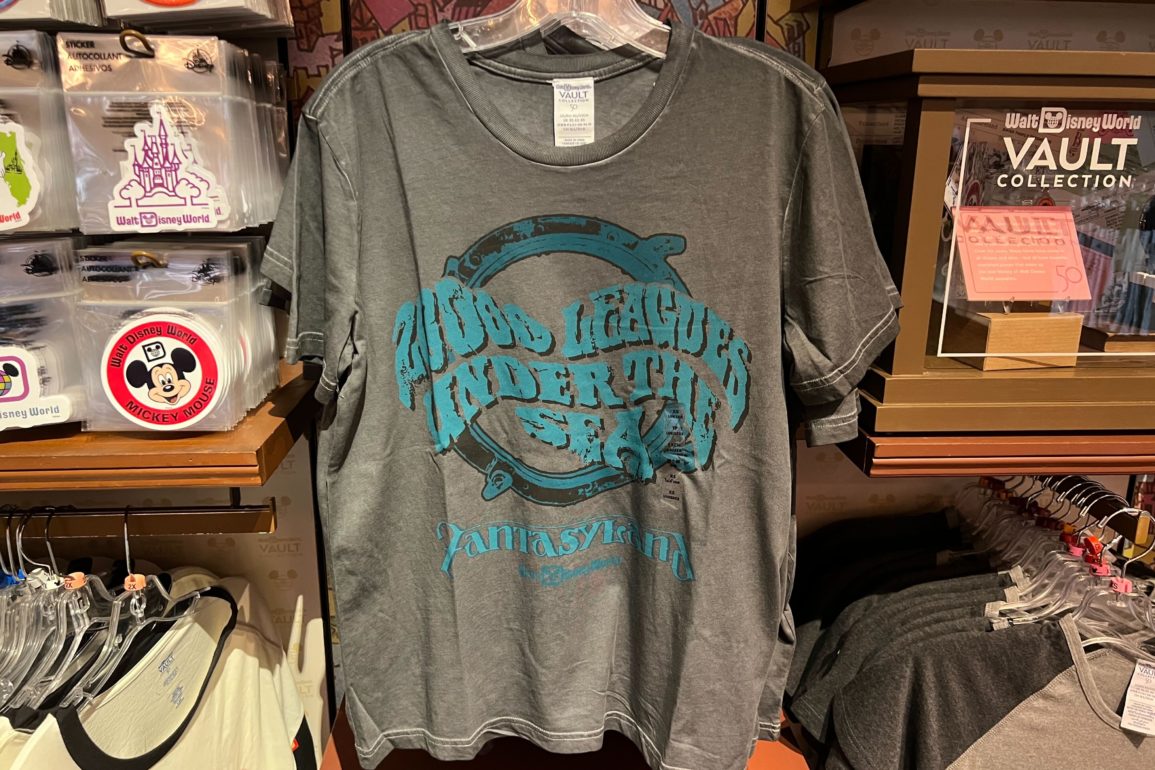 A new tee inspired by the defunct 20,000 Leagues Under the Sea attraction has joined the 50th anniversary Vault Collection at Walt Disney World. It’s available in the Main Street Cinema at Magic Kingdom.

The shirt is grey, with the attraction’s name in blue across the front.

It’s printed in a wave shape over a porthole, with “Fantasyland” and “Walt Disney World” below. This same logo was featured on the attraction poster.

20,000 Leagues Under the Sea: Submarine Voyage was an opening year attraction at Magic Kingdom and closed in 1994. The lagoon was eventually filled in and replaced with Seven Dwarfs Mine Train.

What is your favorite Magic Kingdom attraction that no longer exists? Let us know in the comments.